Could this be the way to Narnia? 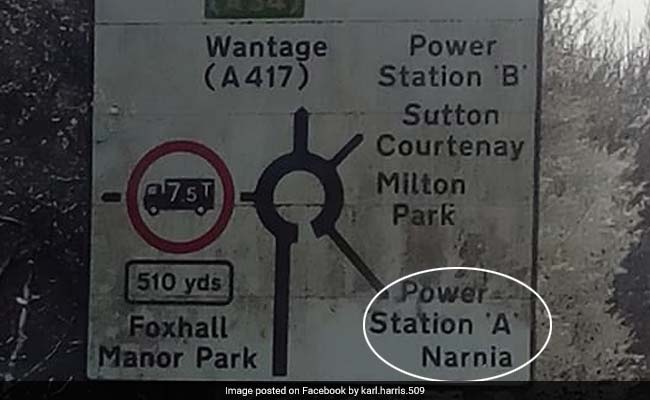 A sign pointing to Narnia that appeared in Didcot.

Signs pointing to fictional worlds like Narnia, Neverland and Gotham have mysteriously appeared in Didcot in England. Once described as the 'most normal town in England', Didcot, Oxfordshire, now finds itself with five quirky additions to its road signs along the A4130, reports the BBC.

Pictures of the signs pointing to Narnia, Gotham City, Emerald City, Neverland and Middle Earth were uploaded to Facebook by Karl Harris on March 18. They have been shared over 1,000 times in just two days.


The county council said that although the signage was amusing, it was "vandalism" and could distract drivers.

"We will investigate as soon as the weather improves. While on the surface amusing, it is vandalism and a potential distraction for drivers," they said in a statement, according to the BBC.

According to the Telegraph, Jackie Billington, the Didcot mayor, said: "You can't tell the difference, they are exactly the same font and look like any other normal street sign. "Someone has obviously gone to a lot of trouble."

Local residents said they had seen "a hooded man in his twenties" modifying the signs last week.