While some wondered why Dhoni had decided to go bald, others used the picture to create some funny memes 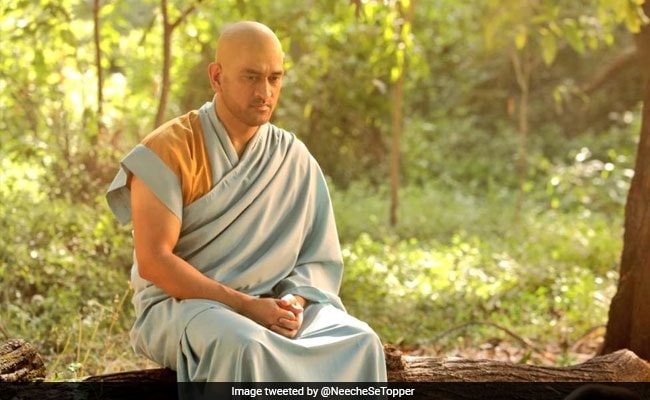 Through the course of his career, MS Dhoni has sported several hairstyles - but his latest look has left fans confused. Ahead of the 14th edition of the Indian Premier League, a photo of the Chennai Super Kings captain with a shaved head surfaced online and quickly became fodder for some hilarious memes.

The now-viral Dhoni picture was originally shared by official broadcaster of IPL, Star Sports, on Twitter this Saturday. The picture shows the veteran cricketer with a bald look and a somber expression on his face, dressed in blue robes that reminded many viewers of a monk's habit. Dhoni appears to be sitting on a log of wood in a green area, and a small caption on the photo reads: "Set up in a martial arts training camp."

While some wondered why Dhoni had decided to go bald, others used the picture to create some funny memes. Take a look:

Dhoni on the field

Therapist: Dhoni Monk is not real!
*The Dhoni monk*: pic.twitter.com/whNYo9M24w

"it's 45th over do something"
Dhoni : pic.twitter.com/ynp6Dv9Zvb

Dhoni is one of the most experienced players in the IPL and has led CSK in every season that the team has played.

CSK finished sixth in IPL 2020 after winning six out of their 14 games when the tournament was held in the UAE from September to November due to the coronavirus pandemic. In CSK's last IPL 2020 match, Dhoni had clarified that it would "definitely not" be his last match in the yellow jersey.