"Even monkeys have learned conservation!" wrote one person in response to the video 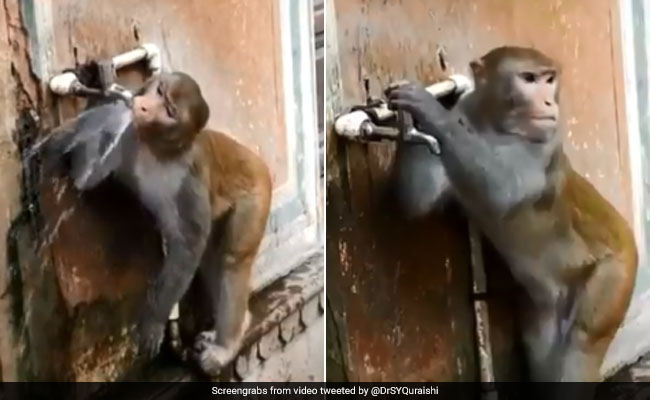 A video of a monkey closing a tap after drinking water has impressed netizens.

In 1977, the United Nations Water Conference recognised access to drinking water as a right for the first time, but even today, clean drinking water is not a privilege that everyone enjoys. Water conservation is said to be the first step towards tackling that problem. Perhaps that is why a video of a conservation-minded monkey has delighted the Internet.

The video, which has gone viral online, shows a monkey drinking water from a tap. While that in itself is not remarkable, the fact that the monkey closed the tap after drinking from it has impressed social media users to no end.

The video, originally posted to TikTok, was shared on Twitter by former Chief Election Commissioner Dr S Y Quraishi. "What a beautiful message for humans!" he captioned the 11-second clip.

What a beautiful message for humans! pic.twitter.com/wTgK4b9uGF

Since being shared online on Thursday, the video has been viewed almost 5 lakh times. Several hundred people have hailed the video as an example to be followed for saving water.

Save water- Mankind should learn some thing from Animal https://t.co/ERgQDsgO4N

Even monkeys have learned conservation!

If only humans could have been as intelligent as monkeys

Really,, every human should learn this thing