Samarth Bangari's unusual friendship was discovered when the youngster was spotted alone in his village, in Karnataka's Dharwad district, playing with nearly two dozen grey langurs. 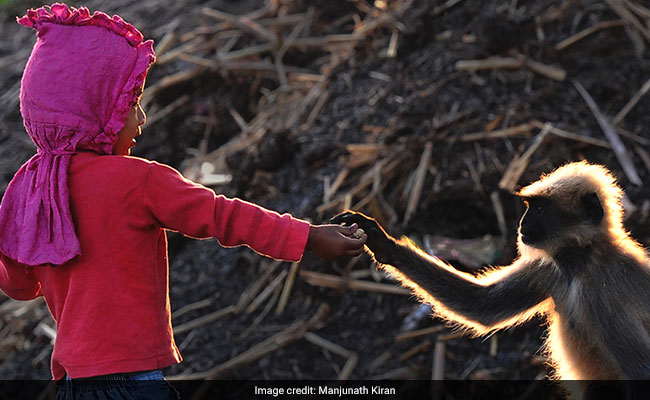 The two-year-old boy has become a modern-day Mowgli and a subject of local intrigue. (AFP)

Dharwad: He is still too young to talk, but a two-year-old boy has become a modern-day Mowgli and a subject of local intrigue after befriending a gang of langur monkeys.

Samarth Bangari's unusual friendship was discovered when the youngster was spotted alone in his village, in Karnataka's Dharwad district, playing with nearly two dozen grey langurs.

The infant's uncle Barama Reddy said it was "strange" for the monkeys to behave like that, and villagers feared the boy would be attacked while his parents worked in a nearby field. 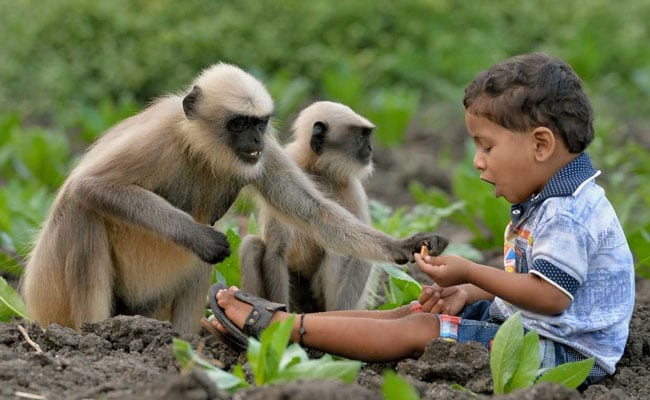 Samarth's bond with the monkeys has become a subject of local intrigue in his village. (AFP)

But it soon became clear they were more than comfortable in his presence, with the youngster happy to share some of his food with the visiting troupe.

The monkeys kept returning, day after day, to visit their young friend in Allapur, roughly 400 kilometres from Bangalore, his uncle said.

"Since that day, the monkeys haven't missed a day. They come to the house around the same time," Reddy told AFP.

"Even if he is sleeping, they first wake him up, and then sit with him for an hour or two." 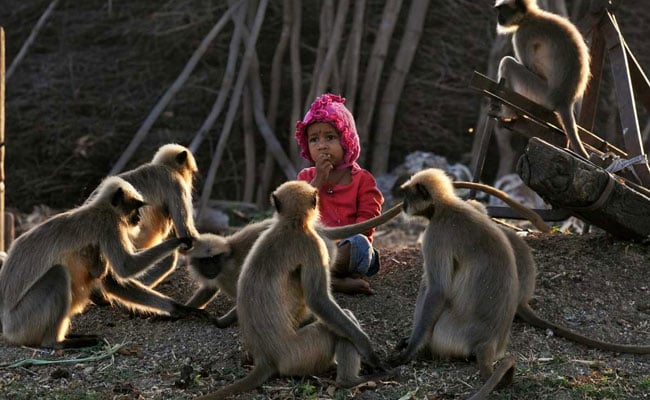 The monkeys kept returning to visit their young friend in Allapur.

The unusual relationship piqued local interest, and soon people began visiting the house to catch a glimpse of young Samarth tottering around the farm with 20 langurs in tow.

Thinking the monkeys must enjoy the company of children, another youngster was plonked next to Samarth but the langur pack became aggressive, Reddy said.

He said Samarth was now a local legend due to his "special bond" with the monkeys, whose sounds he mimics even though he cannot speak yet.

"Everyone thinks that he is special and they are communicating with each other, and can understand what is being said," Reddy said.

Promoted
Listen to the latest songs, only on JioSaavn.com
Mowgli was a character in "The Jungle Book", Rudyard Kipling's tales about a boy who grew up in the wild in India, and is often used as a shorthand for people who are able to bridge the human-animal divide.