Miss Iraq and Miss Israel took a selfie together at the Miss Universe pageant. It went viral. Then, Miss Iraq's family started getting death threats 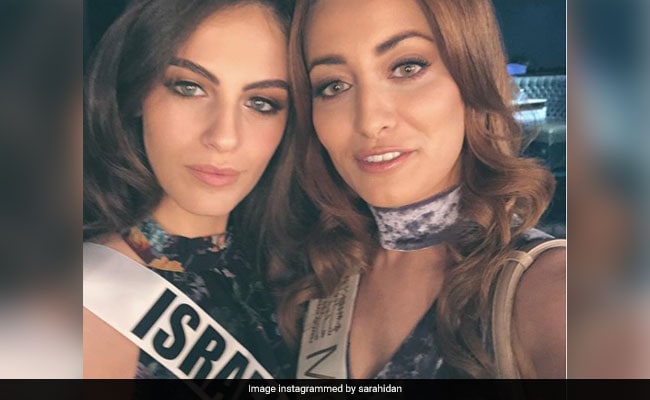 Miss Iraq Sarah Idan's family was forced to flee the country after receiving death threats over a selfie the beauty queen took with Miss Israel during the Miss Universe pageant last month. Iraq does not recognise Israel and the two countries have no formal diplomatic relations.

Speaking to the Hadashot News channel, Miss Israel Adar Gandelsman, 20, revealed that Ms Idan's family was being harassed over the viral photo as well as the fact that she had posed in a bikini during the Miss Universe pageant.

"People made threats against her (Ms Idan) and her family that if she didn't return home and take down the photos, they would remove her title, (and) that they would kill her... Out of fear, they left Iraq at least until the situation calms down," The Jewish Chronicle quoted Ms Gandelsman as saying.

Ms Gandelsman added that the two women had remained in touch after meeting at the pageant in Las Vegas, Nevada. Ms Idan, 27, lives in the United States.

She also quoted Ms Idan as saying she had "no regrets" about posting the photo on Instagram. The caption of Ms Idan's selfie read "Peace and Love from Miss Iraq and Miss Israel." 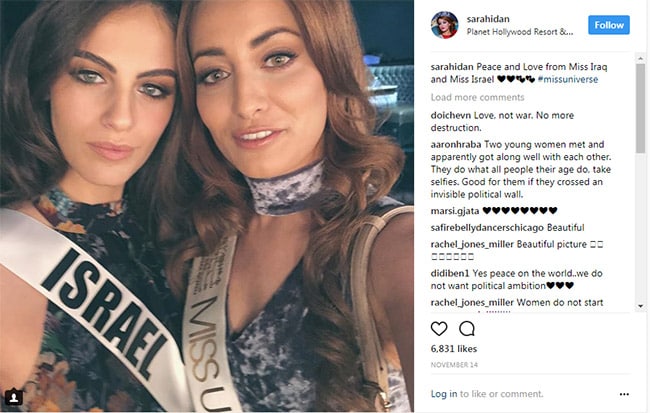 "She did that to inform people that it's possible to live in peace," Ms Gandelsman said, adding that's why she did not delete the photo despite the all the trolling. 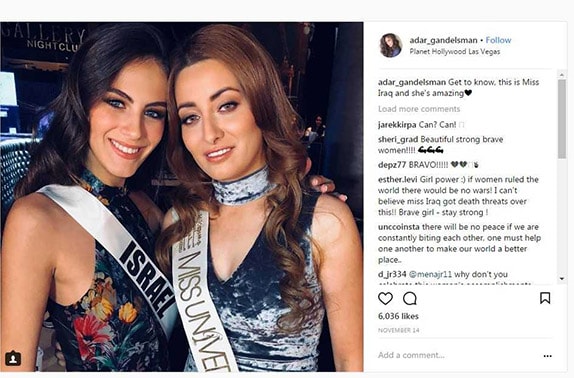 Ms Idan appeared to confirm the danger her family was facing in a tweet on Friday.

I'm not the first nor the last person to face prosecution over a matter of personal freedom. Millions of Iraqi women live in fear. #freeiraqiwomenhttps://t.co/Vt0YjFbyf4

Last month, Ms Idan apologised to those who took her posing with Miss Israel to suggest she was expressing support for the Israeli government.

Promoted
Listen to the latest songs, only on JioSaavn.com
"This picture doesn't mean I support the Israeli government or its policies towards Arab countries. I apologise to everyone who saw it as an insult to the Palestinian cause - this was not its purpose," she clarified in a statement in Arabic.

Ms Idan was born and raised in Baghdad, Iraq. Following the US-led invasion in 2003, she worked with the American military from 2008. She later moved to the US. Click for more trending news