Meteor Or Russian Satellite? Fireball In The Sky Raises Questions 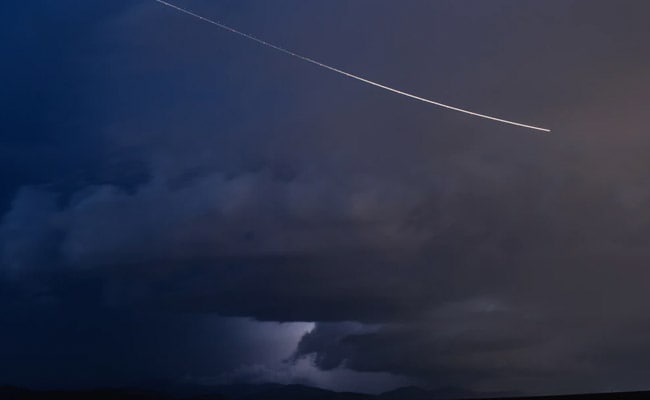 A bright fireball was witnessed on Saturday night in the skies above New Zealand's North Island, leaving a lot of viewers guessing about what it could be. Pictures and videos of the fireball went viral on social media shortly after it was seen streaking across the sky over Tauranga at around 9 pm on Saturday night.

According to WVLT, social media users reported hearing a loud boom and a rumble after seeing the fireball breaking in two, leading to a debate about whether the fireball was a satellite or a meteor.

Take a look at a video of the fireball below:

Just saw what might be a meteorite over Gisborne- looked like it went to earth further east. Hear us all buzzz out! pic.twitter.com/Ylow0bD9ZT

According to UPI, some experts, including physics professor Richard Easther and Ian Griffin, director of Otago Museum, say that evidence indicates that the mysterious fireball was a Russian satellite.

Ok -- internet seems to be saying it WAS space junk, a Russian military early warning satellite; would have been over NZ at the right time; was predicted to reenter, although this is a week or two early https://t.co/q0bAiDHkwQ

However, others were of the opinion that the object was most likely a meteor. Auckland Astronomical Society president Bill Thomas told local media that while he could not rule out the satellite theory, the fireball was more likely a meteorite.

Caught a good view of the sunset meteor shower over the east coast of New Zealand @nzherald@NewshubNZpic.twitter.com/0AhnH7p7lK

In November, Texas, USA, residents were stunned to see a huge blue fireball lighting up the sky.