"It's almost unsurvivable," said Meghan, Duchess of Sussex, about the trolling she has faced. 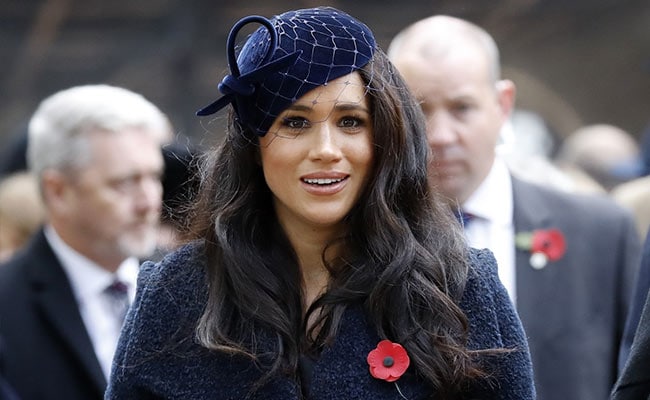 Meghan Markle has spoken about being "the most trolled person in the entire world in 2019." The Duchess of Sussex opened up about the "damaging" effect the trolling had on her mental and emotional health in a podcast recorded for World Mental Health Day. Meghan was joined by her husband Prince Harry as she spoke to "Teenager Therapy" - a podcast on mental health awareness.

During the chat with the podcast's three teenaged hosts, Meghan, 39, said that dealing with fake news and trolling was "almost unsurvivable."

"I'm told that in 2019, I was the most trolled person in the entire world, male or female," she shared. "Now, eight months of that, I wasn't even visible. I was on maternity leave with the baby. But what was able to just be manufactured and just churned out, it's almost unsurvivable.

"That's so big you can't even think about what that feels like because I don't care if you're 15 or 25 if people are saying things about you that aren't true what that does to your mental and emotional health is so damaging."

During the chat, she also addressed the viral moment from 2019 when she got emotional during an interview with ITV News and said that "not many people have asked if I'm OK."

Speaking about the 2019 interview, she said: "I didn't think about that answer, I just answered honestly... But I think it speaks to the fact that the reason it resonated with people is because everyone wants to be asked if they're okay."

Teenager Therapy hosts sat down with Prince Harry and Meghan in person for the chat. A photo shared on their Instagram account shows the royal couple wearing face masks and dressed in jeans while sitting across from their hosts. "In honor of World Mental Health Day, The Duke and Duchess of Sussex sat down with us for a conversation about prioritizing mental health, removing the stigma around the issue, and how we can all contribute to a healthier world: physically, mentally, emotionally, holistically," the podcast shared on Instagram.

You can listen to the chat in its entirety here.

In January, the Duke and Duchess of Sussex announced that they would step down as senior royals of the British royal family. The couple then relocated to the United States via Canada with their son Archie.