Meet The Smallest Horse In The World. He Has A "Huge Personality"

Bombel visits a local children's hospital once a month 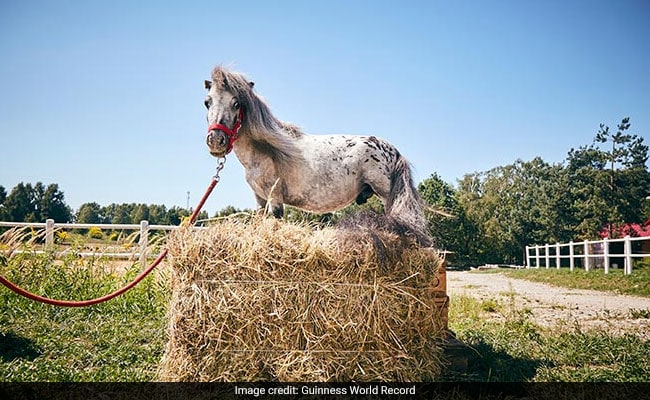 Bombel stands tall at 56.7 cm from hoof to shoulder blades.

He may be shorter than a greyhound, but his owners insist he has a "huge personality and a huge heart". Bombel, a miniature Appaloosa from Poland, has set the world record for being the shortest male horse. According to Guinness World Records, Bombel stands at just 56.7 cm (1 ft 10 in) from hoof to shoulder blades.

They report that Bombel (whose name means Bubble) lives at stud farm in Lodz. He is the smallest equine resident of KasKada stud farm and lives alongside other larger horses. 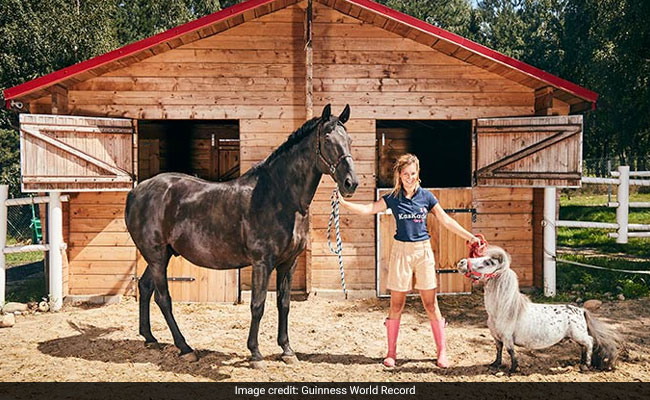 His owners, Patryk and Katarzyna Zielinska, first saw him in 2014, when he was just two months old.

"We thought something is going on with him. When he started growing up, we saw he wasn't growing as he was supposed to be. That was when we decided we should [approach] Guinness World Records," Katarzyna explains.

They add that the small horse has a big heart. Every month, Bombel visits a local children's hospital to help brighten the day of young patients.

"Bombel has changed our lives completely, because he allows us to help other people and make kids happy," says Katarzyna.

"What a mini blessing!" wrote one person on Facebook. "Cutie," said another, while a third wrote "Wow."

Man Discovers Fluorescent Green 'Alien' While Walking On Beach. Here's What It Was