Man Sues Woman For Texting During A Movie. It Was A 'Date From Hell'

"It was kind of a first date from hell." 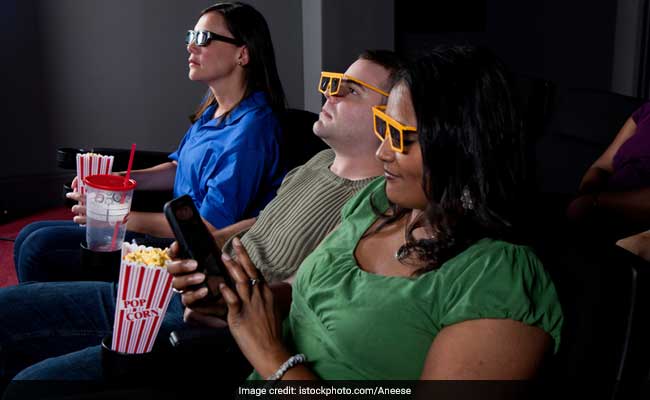 New Delhi: An American man is suing a woman he went on one date with - for texting during the movie. Brandon Vezmar, 37, met the the 35-year-old woman online, according to the American-Statesman.

He reportedly filed a claim against the woman, who did not want to be identified, asking to be reimbursed for $17.31. Why that specific amount? That's how much he paid for tickets to a 3D showing of the film Guardians of the Galaxy, Vol. 2 in Austin, Texas.

"While damages sought are modest, the principle is important as defendant's behaviour is a threat to civilised society," his petition reportedly states.

Mr Vezmar claims his date started texting about 15 minutes into the film.

"It was kind of a first date from hell," he tells the American-Statesman. "This is like one of my biggest pet peeves."

"I said 'Listen, your texting is driving me a little nuts' and she said 'I can't not text my friend.' I said 'Maybe you can take it outside to the lobby, I've seen people get kicked out movies for this," Mr Vezmar tells local news channel KVUE.

She did take it outside. She got in her car and drove away, leaving Mr Vezmar stranded at the theatre.

When the American-Statesman reached out to the woman for a comment, she was apparently unaware of the claim against her.

"Oh my God, this is crazy," the newspaper reports her as saying. "I'm not a bad woman. I just went out on a date."

Meanwhile, the owner of the movie theatre where the incident took place has reportedly offered to pay Mr Vezmar if he drops the case. Click for more trending news