The man is also suing Live Nation, the events firm that's putting on the concert. 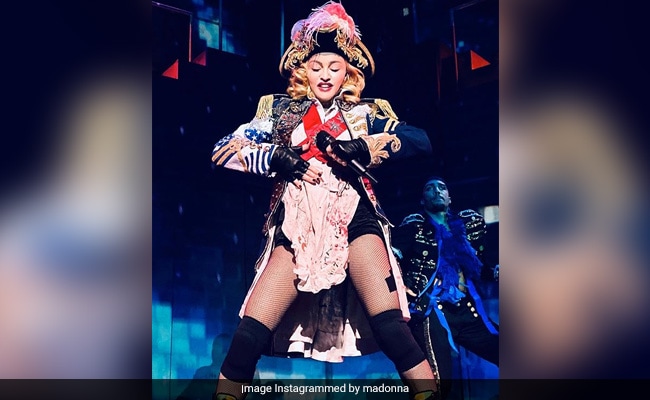 The ''Queen of Pop'' Madonna is being sued by a man for a starting her concerts a tad late.

The man claimed that her concert starts by 10:30 pm which is too late for his early bird schedule, according to a report, quoted by Page Six,

In his class-action lawsuit, Nate Hollander claims that he bought three tickets to see the star's December 17 show at the Fillmore Miami Beach, which was first scheduled to begin at 8:30 pm, NBC.com reports, cited by Page Six.

But the 61-year-old singer pushed back the time two hours, and he no longer wants to go, according to the outlet, which cited a lawsuit filed November 4 in federal court in Miami-Dade County.

"Ticketholders [have] to work and go to school the next day, which prevents [s] them from attending a concert that would end at around 1:00 a.m.," the suit states, according to the outlet, reported Page Six.

Hollander, who spent a total of USD 1,024.95, said that it's a breach of contract and that the value of the tickets plunged due to the night-owlish time change, according to the report. He says the new time makes re-selling them "impossible."

Hollander also accuses the pop legend of repeatedly arriving at her "Madame X Tour" shows behind schedule and also said that she has a "long history of arriving and starting her concerts late."