Man Orders Laptop During Flipkart Sale, Gets Detergent Bars Instead

As per Flipkart, in an Open Box Delivery, the delivery person opens the package in the presence of the customer to ensure that the right item has been delivered. 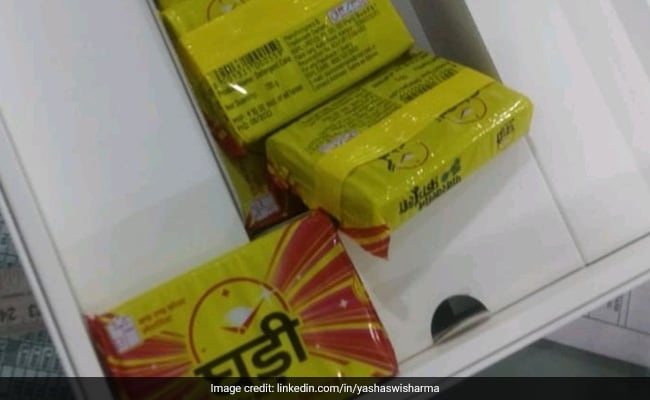 After opening the package, the custome claims they found packets of detergent bars.

Having ordered a laptop for his father from an e-commerce website, a person was left disgruntled when he received detergent bars instead.

Sharing the incident in a LinkedIn post, Yashaswi Sharma, who is a student at IIM-Ahmedabad, wrote that he placed an order for the laptop from Flipkart during its Big Billion Days Sale. After opening the package, they found out that it had packets of detergent bars.

Mr Sharma, in his post, added that the package was received by his father who did not know about Flipkart's Open Box Delivery concept.

As per Flipkart, in an Open Box Delivery, the delivery person opens the package in the presence of the customer to ensure that the right item has been delivered. This, according to e-commerce, ensures that the buyer doesn't fall victim to fraud.

"In this specific case that offered an Open Box Delivery option, the customer shared the OTP with the delivery executive without opening the package. Once the details of the incident were verified, our customer service team initiated a refund that will be credited within 3-4 working days. We have identified the issue and have also initiated action against the errant party," Flipkart said in a statement.

Mr Sharma, however, wrote that “most people in India are not familiar” with the concept and so wasn't his father. Mr Sharma added that his father “assumed OTP was to be given upon receiving the package - as is usual for prepaid deliveries - so he gave it when the box was delivered.”

It was only after the package was opened that Mr Sharma realised that it did not contain what he had paid for. He also shared a photo of the delivery box with bars of detergent soap inside it.

Mr Sharma further alleged that he has reported the matter to Flipkart customer care but did not get a satisfactory response. According to Mr Sharma, he was told by a “seniormost customer support executive” that it was not possible to return the order and that it was his father's fault to give the OTP without checking the delivered item.

Mr Sharma argued that the delivery person should have informed his father about the open box concept. He also claimed of having the CCTV footage that shows the delivery executive leaving before the order is inspected by the customer.

In an update on the incident, Mr Sharma shared that his relative has now filed a police complaint “with the relevant proofs”. He further wrote, "The Flipkart team contacted me to inform that a refund has been processed, although I haven't received it yet."