"I asked the person next to me what was going on and he said: 'We're flying to Vegas.' I didn't even know Eurowings flew to Las Vegas," he said 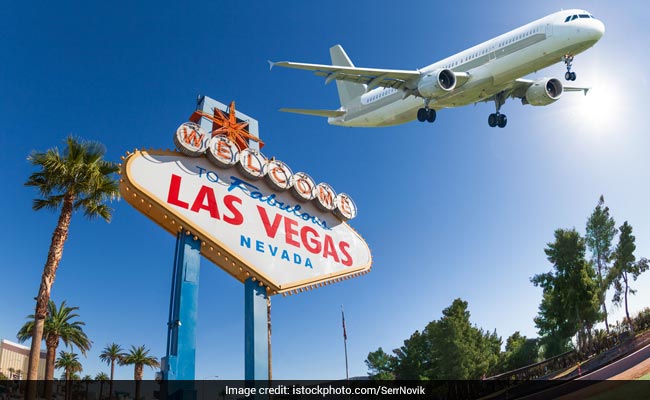 A businessman flying from Germany to UK ended up in Las Vegas, nearly 5,500 miles away, in a mix-up that has everyone baffled.

British businessman Samuel Jankowsky was scheduled to fly from Cologne to London Stansted airport (only 370 miles away ) but ended up boarding the wrong flight. This despite the fact that airport staff checked his boarding pass thrice.

Mr Jankowsky boarded a Eurowings flight from Cologne but it was only when he woke up after a nap that he realised he was not headed home. He was shocked to see that the flight was nowhere near UK on the flight's route-tracker system.

"I asked the person next to me what was going on and he said: 'We're flying to Vegas'. I said: 'Oh f***! Can we turn the plane around?' I didn't even know Eurowings flew to Las Vegas,' he told Daily Mail.

Realising what had happened, he paid for the in-flight WiFi to inform his wife about the situation.

"I paid 12 euro so I could get WiFi and WhatsApp my wife to explain. She was distraught and called Eurowings to complain," he said.

But his problems only got worse when he landed in Las Vegas. Mr Jankowsky said he was treated like a 'common criminal' by the American immigration officials, confined to a little cell and kept under constant supervision. He also hit out at the airline for letting him board the wrong flight despite necessary checks at the airport.

"How could I have boarded the aircraft without a valid boarding pass for that flight? Staff checked my boarding pass three times. It shows the ineptitude of Eurowings staff," he lashed out.

The businessman flew back to Cologne from Las Vegas with his own money. Upon arriving in Cologne, he said that Eurowings banned him from flying.

He eventually reached Essex two days after he was meant to with his pocket lighter by almost 880 pounds.

A spokesman for Eurowings told Daily Mail that the incident was because of an error by a service provider employee and said the incident had been resolved.