Moral of the story: Keep your car windows closed 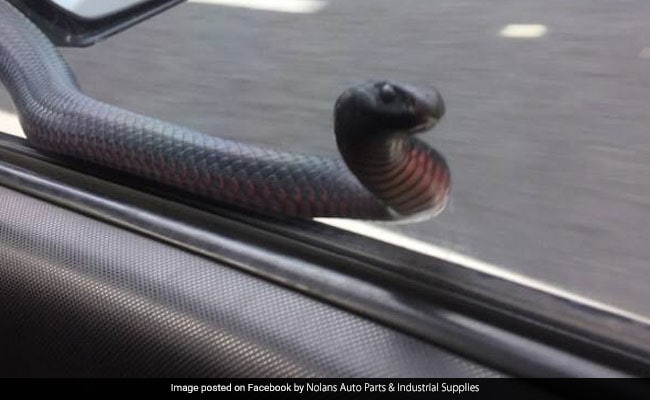 The snake wanted to enter the car, says Ted Ogier.

You would be wise not to let this particular guest in. A man from New South Wales, Australia, found himself with an unlikely hitchhiker a few days ago when a red-bellied black snake appeared on his car window. According to ABC News, Ted Ogier was running a delivery for his employers when he heard a tapping sound from the car window. He turned to see an 8-feet-long venomous red-bellied black snake slithering out of the bonnet.

"It was sort of tapping on the window a couple of times, because it obviously wanted to get in," Mr Ogier told ABC News.

Photos of the snake, which wrapped itself around the car's mirror, were shared on Facebook by Nolans Auto Parts & Industrial Supplies on January 10. They have since then been shared over 6,000 times.


The snake was rescued unharmed by Mr Ogier's colleague, who used a broom to usher it into nearby bushlands.

The pictures, meanwhile, have left many terrified.

Promoted
Listen to the latest songs, only on JioSaavn.com
"Burn the car, it's not worth it," writes one person in the comments section. "That's even worse than a huntsman in the car," says another, referring to a viral video when an Australian woman found a giant huntsman spider in her car.