The hilarious picture had apparently been circulating online for a while before Mr Julius found out about it from a neighbour who came to visit him. 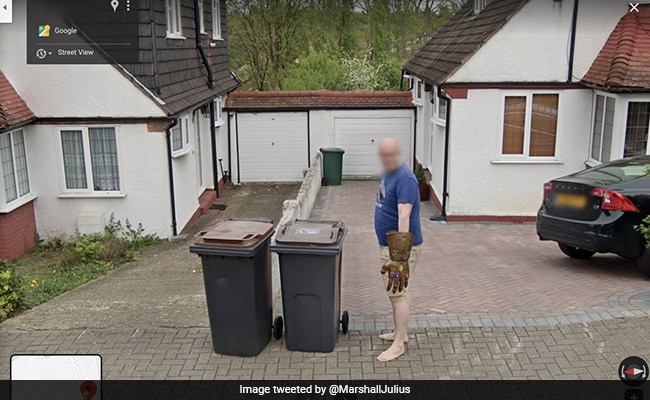 Google Maps has in the past revealed some wonderful and wacky things.

A man who became famous as the “Thanos guy” on Google Maps recently found out about his fame when his neighbours came to visit him. Taking to Twitter, Marshall Julius shared a photo of himself on the Street View, wearing a t-shirt, shorts and the Infinity Gauntlet worn by Thanos from Marvel's Avengers End Game.

In the caption, Mr Julius admitted that he never actually knew he had been papped by the Google cars until a neighbour popped round with his son to have a look at the “Famous Google Maps Thanos Guy”.

My neighbour popped round with his son. He wanted to meet me as, at least in their house, I'm the "Famous Google Maps Thanos Guy". Turns out I was snapped on Street View a few years ago! ???? pic.twitter.com/REzOxkaaWP

The hilarious picture had apparently been circulating online for a while before Mr Julius found out about it from a neighbour who came to visit him. Now again, Mr Julius' post has taken the internet by storm and has received hundreds of likes and comments.

Several internet users say the photo was awesome, while some branded it the “greatest thing ever”. Netizens even mocked Mr Julius' bare feet saying that he used the powers of the infinity stones to make his shoes vanish.

“What do you mean, you were snapped? You're the one with the glove,” wrote one user. “Awesome achievement to unlock,” said another. A third user added, “I think your plan to snap things might not have included your footwear.”

Also Read | Rollercoaster In US Gets Stuck, Riders Left Hanging Upside Down For Nearly 45 Minutes

Meanwhile, exploring the world through Google Maps can help one discover some weird, wonderful and wacky things. Thanks to the help of the Google Maps app, Italian police earlier this year caught a top mafia fugitive who had been on the run for nearly 20 years. In another incident, an internet user spotted a “giant snake skeleton” found off the coast of France. However, after an investigation, it was found that the snake-like object was actually an artwork.