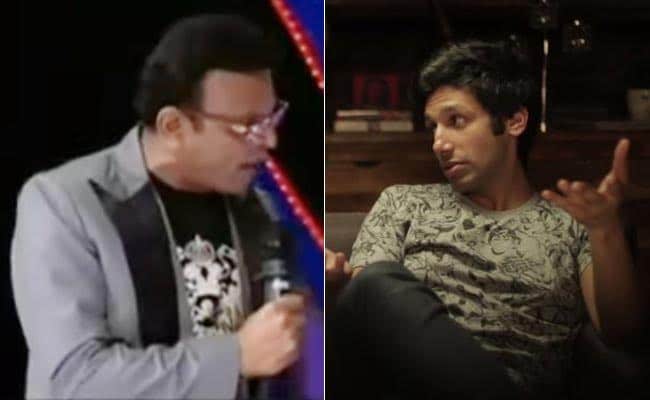 As the world continues to debate and deliberate over Tanmay Bhat's Snapchat episode, another name has cropped up on social media - actor  Annu Kapoor finds himself unexpectedly viral and he can thank Mr Bhat's fellow comic Kanan Gill for it.

The man famous for the 'Pretentious Movie Reviews' series has published "a primer on acceptable subjects in India." This hilarious video is going viral and, if it's not already clear from the title, it lists everything that's off the table for discussion in India. This spans a whole range of holy cows, including the actual cow.

So where does Annu Kapoor figure in this whole thing? The bulk the comedian's video is Annu Kapoor's famous rant on a singing reality show, aired a while ago, where he was a judge. "Is cheeze ke upar nahin bolne ka" Mr Kapoor had yelled at befuddled co-judge Kunal Kohli.

Now, Mr Gill's video uses the same clip to mention all those taboo topics, one after the other. There's also a special appearance by Rakhi Sawant in the video and no, she isn't one of those topics off-limits, at least not yet.

Since being posted some five hours before the writing of this, the video has amassed over one million views and counting. Watch it below:

A primer on acceptable subjects in India

A primer on acceptable subjects in India.

NSE Halts Trading, But There's No Stopping The Memes On Twitter