US Airman, On His Way To Pick Up Heroism Award, Saves Child On Flight

"If someone needs to go do something dangerous, I volunteer," says Sgt. Kenneth O'Brien 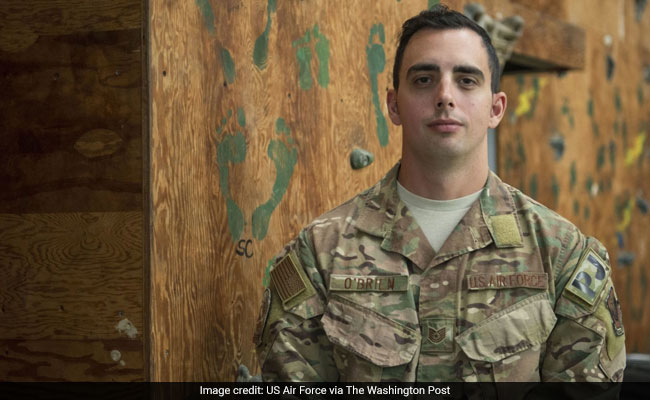 Sgt. Kenneth O'Brien was named one of a dozen "Outstanding Airmen of the Year."

He pulled a person from a flaming vehicle in South Korea, served on President Donald Trump's security detail during the historic summit with North Korean leader Kim Jong Un and played a pivotal role in the widely publicized rescue of junior Thai soccer players trapped in a cave, during which he saved the life of a Thai Navy SEAL.

In recognition of those acts, U.S. Air Force Technical Sgt. Kenneth O'Brien was named one of a dozen "Outstanding Airmen of the Year." But the Japan-based airman's impressive resume didn't end there. On a Sept. 11 flight back to the United States to pick up the award, the Air Force said, O'Brien squeezed in another heroic act: resuscitating a baby that had lost consciousness after choking.

"I can't decide if he's Superman or Mayhem (the guy on the insurance commercials)," Lt. Gen. Jim Slife, head of Air Force Special Operations Command, joked in a Facebook post.

A native of Bunker Hill, Indiana, O'Brien began his Air Force career 12 years ago, leaving for basic training shortly after graduating high school. He had dreamed of jumping out of planes and helping people since he was 12 years old, calling it his "only goal," the Air Force reported.

Now, as a special tactics section chief assigned to the 320th Special Tactics Squadron at Kadena Air Base in Japan, O'Brien is constantly looking for opportunities to step up.

In the summer of 2018, O'Brien was instrumental in creating the plan to rescue the Thai soccer players and coach stranded inside the Tham Luang Nang Non cave, which made him the furthest American inside the cave, according to the Air Force. He was the first person to reach the children as they made their escape, and told the Air Force that getting the last one out was "a big moment."

Despite his many daring feats, O'Brien said he was "shocked" to learn he'd been named one of the Outstanding Airmen of the Year for 2019.

But on his flight from Okinawa to Dallas to accept the award during the Air Force Association conference, he proved himself a hero once again. While on the plane with his family, he noticed a 1-year-old choking. He sprang into action, clearing the child's breathing passage and performing CPR, the Air Force said. He checked on the baby for the rest of the flight.

O'Brien, as usual, was modest about the lifesaving act.

"I'm thankful that the child is okay and that I was able to help when the family needed support," he said. "I happened to be in the right place at the right time."