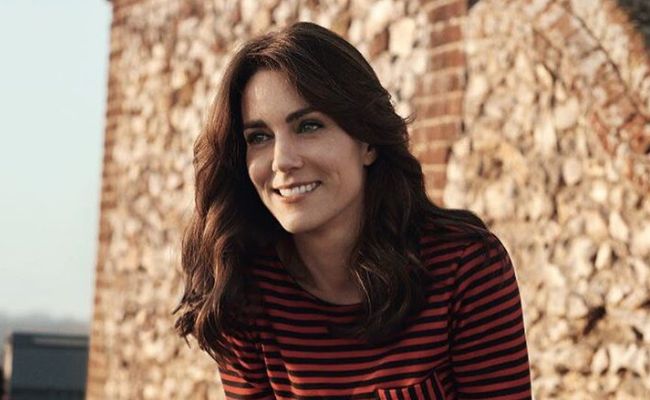 Kate Middleton, formally the Duchess of Cambridge, has finally agreed to be on the cover of a fashion glossy, and her photoshoot for UK Vogue shows the future queen of England as the "country chic" cover girl.

Kate, whose wardrobe and fashion choices are endlessly scrutinised and discussed across the globe, appears on the magazine's 100th cover.

The 34-year-old fashion icon is seen smiling ear-to-ear for the cover photo of the June issue. She looks effortlessly elegant in a vintage-inspired picture that shows her wearing a crisp white shirt paired with a brown jacket, a fedora hat and her famous engagement ring.

Kate, a mother of two, has consented to a magazine photoshoot for the very first time and British Vogue showcases her wearing some relaxed clothes, including a denim jumpsuit. For one of the inside pages, she poses in casual clothes in Norfolk, where she and husband Prince William maintain Anmer Hall, a 10-bedroom country home.

The portraits from this shoot are also on display at the ongoing 'Vogue 100: A Century of Style' exhibition at London's National Portrait Gallery.