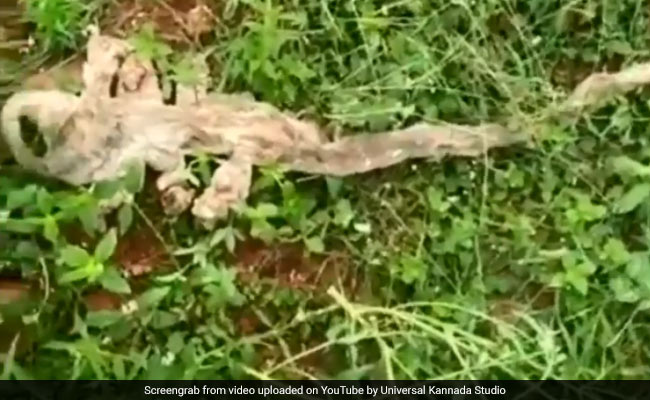 Viral videos show the snake skin that was discovered in Marigowdana Doddi village.

A number of people have rushed to a village in Karnataka's Kanakapura since Wednesday morning. The reason, Times Of India reports, is a snake skin discovered that many believe is of a seven-headed serpent.

The idea of a seven-headed snake is associated with Hindu mythology. The fact that this snake skin was found near a temple has further intrigued locals. People from other villages have arrived in Marigowdana Doddi village to view the 'seven-headed' snake skin after news of its discovery spread through social media. Some have even offered kumkum and haldi around it.

Take a look at one such video that is doing the rounds of the Internet:

Locals say that a similar snake skin was discovered in the village six months ago and that led to the construction of a shrine to worship it. This happened in May, and videos of that snake skin had also gone viral online.

"Villagers thought the place has special powers and built a temple here. Now, the snake skin has appeared near the temple itself," a local, Prashanth MN, said to Times Of India.

According to Vijay Karnataka, this time, the skin of the seven-headed snake was found in the field of a man named Balappa, which is about 10 feet away from the temple.

Many sightings of seven-headed snakes have been reported over the years, and none have been proven as true. According to fact-checking website Snopes, polycephaly or having multiple heads is a phenomenon that animals may occasionally exhibit. However, examples of tricephaly (three-headedness) are quite rare, and no case of live animals being born with more than three heads has ever been observed.