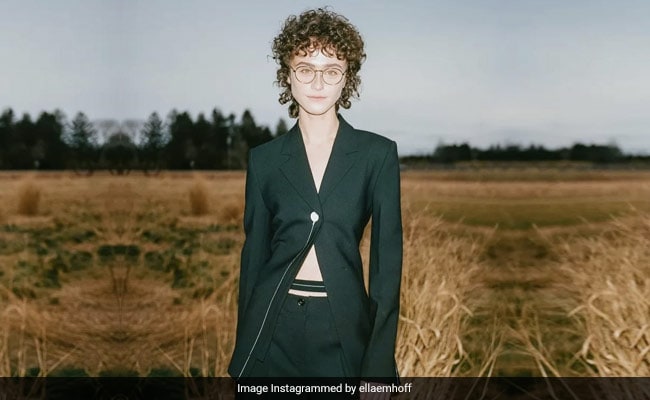 US Vice President Kamala Harris's step-daughter Ella Emhoff made a surprise runway debut for American label Proenza Schouler at New York Fashion Week. The 21-year-old first grabbed attention when she appeared at Ms Harris's inauguration in an embellished Miu Miu coat and her now-signature glasses - a look that was praised as a 'breath of fresh air' amid the conventional inauguration fashion. According to Hello Magazine, she was signed by IMG Models a week after her appearance at the 2021 presidential inauguration.

The agency represents some of the biggest names in the world of modelling, including Karlie Kloss, Gigi Hadid and Gisele Bundchen.

She took to Instagram a few hours ago to thank the designer duo behind the brand while sharing snippets from her modelling debut.

Proenza Schouler, like many other brands, is presenting its Fall-Winter 2021 womenswear collection digitally this year due to the coronavirus pandemic, reports CNN.

The label turned the Parrish Art Museum in New York into a makeshift runway.

In a recorded interview for New York Fashion Week, Ms Emhoff admitted that she lost sleep before her first-ever show. "I definitely lost a little sleep the night before," she was quoted as saying by CNN. "I mean I'm walking for the first time, I'm in a professional environment for the first time... It was a very epic first experience with the fashion world."

Ms Emhoff is a student at Parsons School of Design in New York City.