K-Pop Band Blackpink Grooves To 'Pardesia' In This Hilarious Mashup 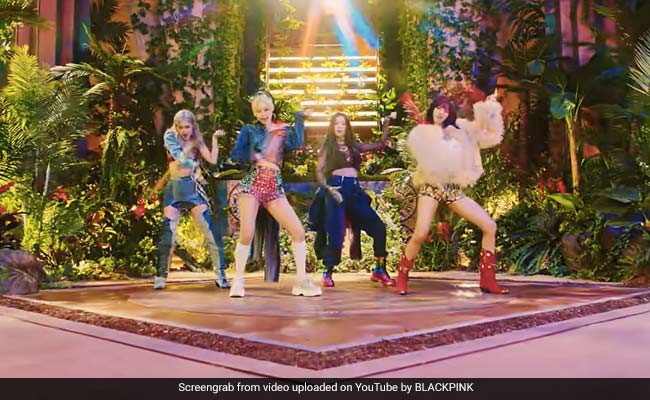 Blackpink dances to 'Pardesia' in this viral mashup.

There is nothing like a good mashup to bring two fandoms together. After a video of the hugely popular boy band BTS 'dancing' to Chunnari Chunnari took the Internet by storm recently, another K-pop and Bollywood medley is making netizens laugh out loud. This one features South Korean pop group Blackpink going the Bollywood way by shaking a leg to a remixed version of Pardesia from the 1979 movie Mr Natwarlal.

The mashup uses snippets from the video of Blackpink's new songHow You Like That, set to the tune of the Pardesia remix that became a huge hit in the Nineties. With some clever editing and syncing, it appears to show the four members of Blackpink dancing to the Bollywood song.

The video was shared on Instagram one day ago by 'Whatthecut' and has since amused thousands. Take a look at the mashup that is bringing the best of two worlds together:

Since being posted on Instagram, the video has collected over 12,500 views and a ton of amused as well as impressed comments.

"Better than original," wrote one person in the comments section.

"Funny, but at the same time creative too," another said, while a third Instagram user wrote: "I love this version more."

If you liked this mashup, you are sure to love the one that had BTS dancing to Salman Khan and Sushmita Sen's catchy song Chunnari Chunnari. Check it out here.

The How You Like That video featuring Blackpink's Jisoo, Jennie, Rose, and Lisa became the fastest video in YouTube history to hit 100 million views. The K-pop group's newly-released single reportedly garnered 82.4 million views in the first 24 hours of release on YouTube.