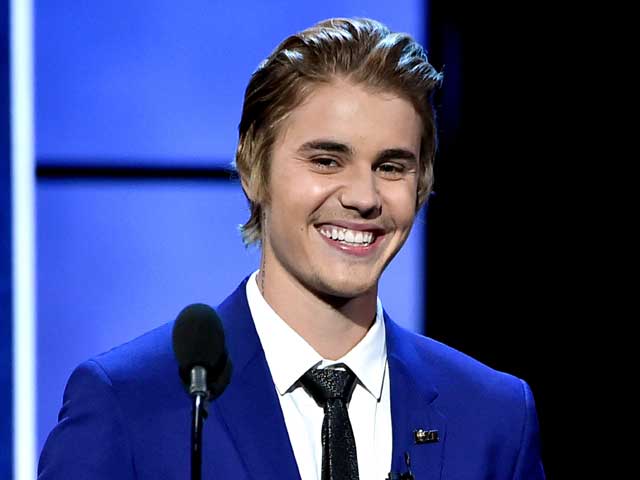 Did he like what he got? "Damn you guys are brutal. This is supposed to be a birthday present," the man in the dock said.

Bieber's 'Roast' will air in India today on Comedy Central. The dust has only just settled around comedy collective AIB's desi Roast of actors Arjun Kapoor and Ranveer Singh, released on YouTube in January and then taken offline a week later in the wake of criticism, allegations of obscenity and an FIR.

The Roast of Justin Bieber can expect to fare better, not least because the roastee has taken it on the chin and has been busy on Twitter urging everyone to watch the two hour takedown. Comedian Kevin Hart was the evening's host or Roastmaster, and he was joined by a panel of roasters that included musicians Snoop Dogg and Ludacris, former NBA star Shaquille O'Neal actress Natasha Leggero, stand-up comics Jeff Ross and Pete Davidson, and domestic goddess-businesswoman Martha Stewart.

All of them took digs at not only Bieber but each other as well. Here are some of the best jokes.

Martha Stewart to Ludacris: I believe the bedroom is the most important room in the house, but I don't have to tell you that Ludacris. You have three kids with three different women.

Martha Stewart about Snoop Dogg: You would never know that Snoop Dogg is 43 now, which is three times as long as actual dogs live.

Ms Stewart, who has some experience of prison life, wrapped up by doling out some tips to Bieber for when he "inevitably ends up in prison" and giving him a final piece of advice: "You need to settle down, bring some balance into your life...so, call me," she said.

Ludacris, who worked with Bieber on his first song, Baby, explained why the song had gone viral. "Together we dropped a track called 'Baby. It's got over a billion hits on YouTube, that's because I'm in it. It also has 4 million dislikes. That's because he's in it," he said.

Bieber had an interesting take on the song and Ludacris too. "Luda and I spent a lot of hours making 'Baby' together. In fact, he told me it was the only baby he'd ever made on purpose," he joked.

Lest this exchange seems harsh to some, all is well between the two. Bieber made this clear in a tweet.

Great seeing u at the roast @Ludacris. I love u man. All jokes :) everyone go get that new album #Ludaversal!!

"Justin, you have it all-except for respect, love, friends, good parents, and a Grammy," comedian Chris D'Elia told Bieber.

Natasha Leggero made jokes about Selena Gomez and Beliebers. "Justin's fans are called Beliebers because these days it's politically incorrect to use the term retards," she said.

Promoted
Listen to the latest songs, only on JioSaavn.com
Jeff Ross spoke about Bieber's failed relationship with Gomez too. "Selena Gomez wanted to be here, but she's dating men now," he said.

Social media was impressed by the Roast.

The #BieberRoast was hilarious- and @justinbieber way to take it kid

You owned it, rocked it, hilarous, humble. I loved it. #BieberRoast@justinbieber

That speech @justinbieber did on the roast - I can't help but feel he was just a kid who lost his way. He's not all bad.

Took it like a champ! Great Roast. Continue to grow and don't look back! Proud of you @justinbieber.

It's unclear if the Roast will be shown uncensored on Indian TV, which bleeps out anything approaching a cuss word and replaces words in the subtitles. Here's what some Indian tweeters think it will sound like for us:

Bieber roast broadcast India: "Justin, your fan base is young. IN FACT - THANK YOU GOODNIGHT"