"Bet you never knew condoms could be used for kayak repairs," Jessica Fox captioned her video. 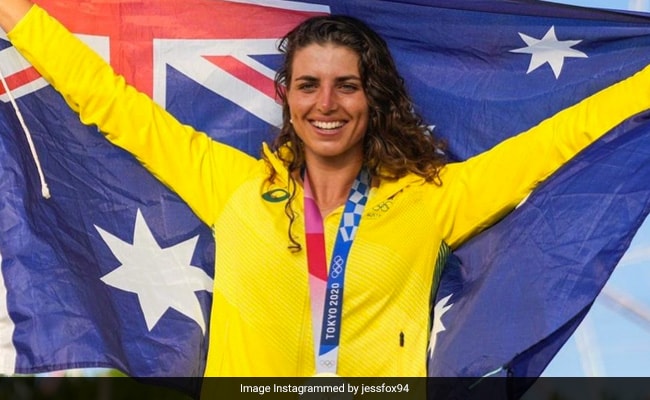 Australian slalom canoeist Jessica Fox recently won a bronze and a gold medal at the Tokyo Olympics - and she has a condom to thank for it. Earlier this week - before Ms Fox won her first Olympic gold medal in the women's C1 canoe slalom and bronze in the canoe slalom K1 final - she was filmed fixing her kayak with a condom. A video shared by the athlete on TikTok shows her carefully sliding the condom over the front of her kayak.

In the clip, a person is first seen applying a carbon mixture to the front of the vessel. Then, the condom is used to secure the mixture. "It gives the carbon a smooth finish," Ms Fox wrote further.

"Engineer's mind. Bravo!" wrote one Instagram commenter. "You learn something new every day," another quipped, while several people dropped laughing face emojis in the comments section.

It would not have been tough for the 27-year-old canoeist to find condoms inside the Olympic Village - Tokyo organisers planned to hand out 60,000 condoms, but encouraged athletes to use them at home, rather than the Village.

"The distributed condoms are not meant to be used at the Olympic Village," the organising committee told AFP. Instead they are supposed to be "brought back by athletes to their respective home countries and to help them support the campaign to raise awareness (about HIV/AIDS)", it added.