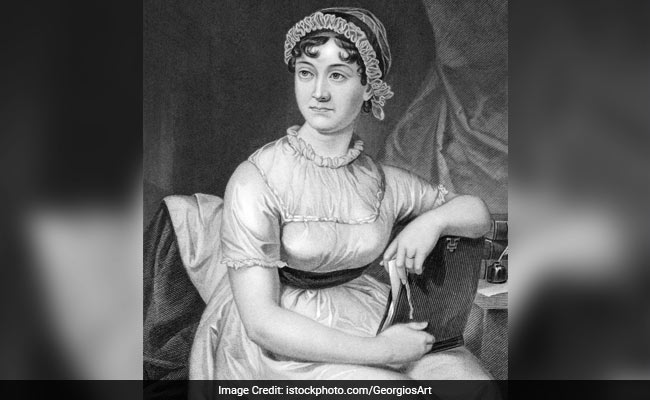 In her novels, Austen wove tales of heroines navigating the patriarchal customs of the time to find stability and social status through advantageous marriages.

But the author herself never wed.

However, two fake marriage entries, written by Austen herself and announcing her union with two men believed to be imaginary, will soon go on display to mark the bicentenary of her death, the Hampshire Archives announced.

The documents were found in the marriage register in the parish of Steventon, in Hampshire in southeast England, where Austen grew up.

They announce the banns -- a public announcement by the church of imminent nuptials -- between Austen and Henry Fitzwilliam of London and then Edmund Mortimer of Liverpool.

Austen, believed to have been a teenager at the time, was able to access the register because her father was the rector of the parish.

"This unique document uncovers another side to Jane Austen's character," Andrew Gibson, Hampshire's culture spokesman explained on the county's website.

"Jane would have been in her teens when she wrote these fake marriage entries, and some could say it reveals a mischievous side during her younger years," Gibson added.

Austen's six major novels, realistically depicting the life of the British gentry in the Georgian era, have become classics of English literature.

They are taught in schools and are also regularly adapted on screen, especially "Pride and Prejudice" and "Sense and Sensibility."

Born in Steventon, Austen spent her life in Hampshire, where she died in July 1817 at the age of 41.
Events to commemorate the anniversary of her death will take place across Britain this year.

(This story has not been edited by NDTV staff and is auto-generated from a syndicated feed.)
Comments
Jane Austen