"It's Not A Joke": Dublin Airbnb Host Lists Out Tent For Almost Rs 5,800 Per Night

Once the post went viral, internet users criticised the Airbnb host for charging heavily for a tent in his concrete garden. 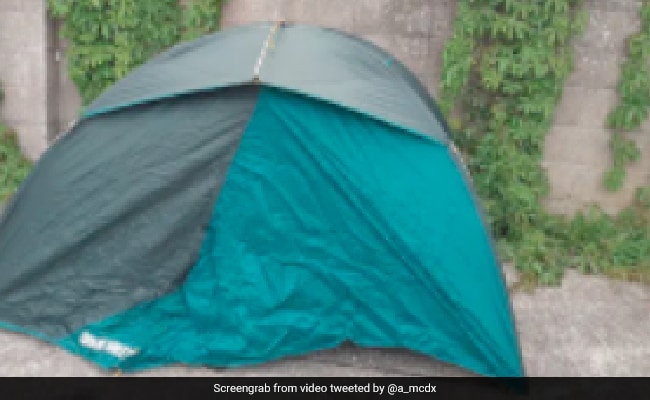 Dublin "Private house" is no longer traceable and has been removed from the website.

A Dublin Airbnb host recently advertised a “private room” under the stars for nearly $75 (Rs 5,800) a night, but it was really just a pop-up tent on a backyard concrete slab.

A screenshot of the listing from the popular property rental website made its way to social media. The “private room in Dublin” offers one bed and a bath, presumably in the house it was set up behind. It was listed by an Airbnb host named Paul, who has more than 1,500 reviews for other spots, according to New York Post.

In the first instance, many thought that someone was cracking a joke because of skyrocketing property prices in Dublin. However, these speculations were clarified when a housing activist emailed the user asking whether this advertisement was true.

The Airbnb host responded saying that the advertisement was indeed true. He said that “it's not a joke” and he had a comfortable couch in the living room as well if she preferred. According to the screenshot provided by the housing activist, Mr Paul also stated that he has a very large living room and several couches which have also been listed.

Separately, Twitter user Nick Capa also posted a screenshot of the same “private room” and said that he almost cried when he saw how “unreasonable” actual accommodations in Dublin are.

Once the post went viral, internet users criticised the Airbnb host for charging heavily for a tent in his concrete garden. It left netizens baffled. While some tagged Airbnb and wrote, “how are you letting stuff like this be advertised,” others said, “who the hell would reserve if it was true”.

Also Read | This Company Will Now Allow Employees To Work, Live In 170 Countries

“Imagine renting out a tent in your front garden for €60 a night and not expecting to burn in hell for all eternity,” said one user. “This is shocking,” added another.

Meanwhile, after the outrage on social media, the housing activist shared an update on the listing. The Dublin Private house was no longer traceable and had been removed from the website.