As per the website of the British Museum, they have a collection of several armillary sphere rings that are incredibly well-crafted and detailed. 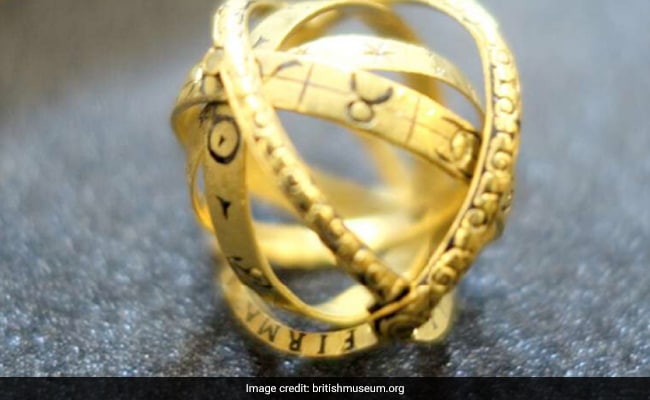 A photo of a ring has recently gone viral on social media and the internet is all hearts. The 16th century ring appears to be like an astronomical web with various other rings fitted into it.

This is an armillary sphere ring which usually represents a model of objects in the sky, centered on the Earth or the Sun. Initially, these were only models and were used by astrologers to study the space. However, towards the 16th century, they were turned into rings. "During the 16th and 17th centuries, these astronomy tools were sized down to become fashionable finger rings that moved just like regular armillary spheres," the official website of My Modern Met said.

As per the website of the British Museum, they have a collection of several armillary sphere rings that are incredibly well-crafted and detailed.

When closed, they resemble any other ring, but as the many bands are spread apart, they acquire a distinctive appearance. These elaborate pieces of jewelry would have required the work of expert artisans and could have had anywhere from two to eight movable bands.

A Twitter handle called Wholesome Memes shared a photograph of the ring along with text which read, "A German engagement ring from the sixteenth century. It was designed to turn into a mini astronomical map entitled 'The whole universe is in your hands'." Although photos of such rings have gone viral in the past as well, the internet was amazed to see such a work of art.

Since being shared the post has received over 1.5 lakh likes and over 10,000 retweets.

A user commented, "That ring is actually legit, it's in a museum in Sweden, dated to be made in the 16th century. The description isn't right though, models like that were made to visualise the movement of planets in our solar system."

Also Read: Woman Gets 3 Rings Stuck On Her Finger Removed After 15 Years: ''The Relief''

Another user added, "when is it my turn to receive an engagement ring from the sixteenth century that turns into a mini astronomical map."

"Possessions are only worth it when this amount of thought is put into them," said a third user.

"I don't want to marry if this not my ring, idk if its plastic i just want it this way," commented a fourth.