Internet Celebrates the Pluto Flyby With Humor and Photoshop 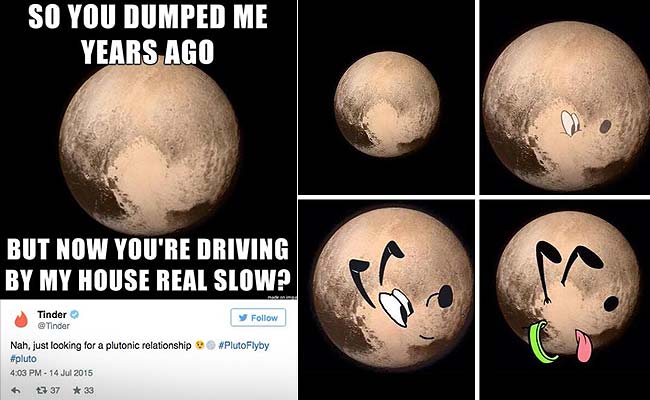 It's official - nothing and no one escapes from the Internet's sense of humor and its favorite tool of mischief, Photoshop.

So naturally, when news hit social media that NASA's New Horizons spacecraft had finally passed by the dwarf planet Pluto and sent across historic pictures of the ice-and-rock planetoid, netizens left to their devices did what they did best; made memes of it.

It doesn't matter that the spacecraft travelled over 4.8 billion km at the speed of 45,000 km per hour and endured a nine-and-a-half-year long journey to accomplish this mammoth feat, the Internet is still looking for Mickey Mouse's pet dog Pluto on the face of the dwarf planet's surface.

Take a look at some of the funniest memes and jokes people came up with:

When you kick Pluto to the planetary curb but then drive by her orbit really slow. pic.twitter.com/xSdj8TfNVV

The worst brand tweets about the #PlutoFlybyhttp://t.co/spFjARm7xMpic.twitter.com/2R9TJfhnqO

hey guys.... the pics came in from the other side of pluto and... pic.twitter.com/tV89oM9BL0

Does anyone else see Pluto on Pluto? pic.twitter.com/cmf9k4Sqaq