American influencer Natalia Taylor shared a video explaining how she faked her vacation to Bali. 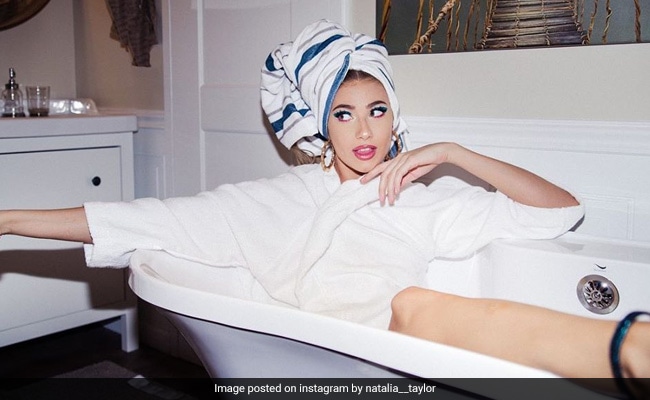 Natalia Taylor clicked pics at her local Ikea and geo-tagged them to Bali, Indonesia.

An Instagram influencer has revealed that she faked an entire vacation to Bali, Indonesia, with pictures clicked at a neighbourhood Ikea and pulled off the Internet. American influencer Natalia Taylor said she did it to show people that they shouldn't believe everything they see on the Internet.

Natalia, who has more than 3 lakh followers on Instagram, posted a series of glamorous pics on the photo and video sharing platform earlier this month. Geo-tagged 'Bali, Indonesia', the photos were clicked at furniture store Ikea, with clever shots making it look like they were actually clicked at a hotel room.

To make her fake trip more believable, she also posted Instagram stories with pics of Bali simply pulled off the Internet.

"The queen has arrived," Natalia captioned the first set of pics, which show her in a pink dress, adding the hashtag #Bali.

Another set of photos shows her posing in a bathtub.

Where should I travel to next? ✨🌙 Comment below and maybe I will ;)

In the comments section, many seemed to buy her fib about being in Ikea, while some eagle-eyed Instagram users spotted the price tags in the pics and called her out.

In a YouTube video shared days after her 'Bali trip', Natalia Taylor explained how and why she decided to fake the vacation.

"The point of this video is to see if you really can fake it till you make it," she said, adding that she would test her followers to see if they could figure out the fake trip.

"Don't believe everything you see on the 'gram," she cautioned.

The video shows Natalia and her photographer walking around Ikea and clicking pictures. It has collected over 1.1 million views and a ton of comments.

"Maybe she is tricking us into thinking that she was in Ikea when she was really in Bali... we can't trust anything on the internet," said one person in the comments section.

"This is an actually good social experiment, no one gets hurt/distressed, it's based on reality, has good parameters & the only person made slightly uncomfortable is the creator," said another.

"It didn't make any sense that you were posting so many indoor pictures being in such a dreamy place," a third added.

Bill Gates Once Jumped Over A Chair. Elon Musk "Pretty Impressed" By Video