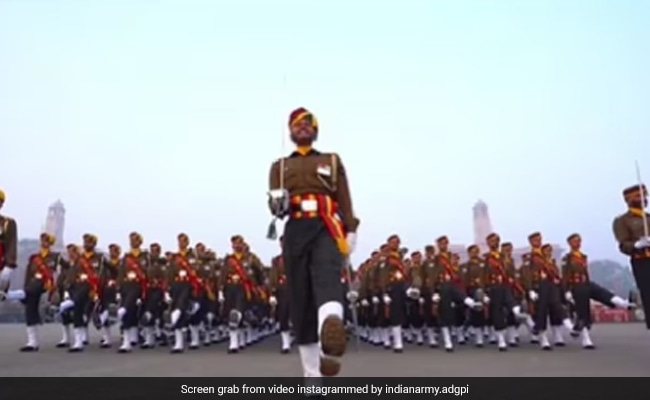 The video has amassed over 1 million views on Instagram

As we are inching closer to the 74th Republic Day, preparations for the grand celebration in New Delhi are underway. In such a scenario, a video showing the Republic Day parade rehearsal of the Indian Army has surfaced. The clip, shared on Instagram, was posted by the official handle Indian Army.

In the clip, we see Indian Army personnel's practice routine for the Republic Day parade. The video shows army personnel waking up at 3.30 am at the Delhi cantonment to get ready for the day. Further in the video, the jawaan gather all at Sarva Dharma Sthal and collect the arms and finally leave for Kartavya Path.

The video was posted 15 hours ago and since being uploaded it has amassed over 1 million views on Instagram. A user commented, "Bharat Mata Ki Jaiiii Jai Hind Jai Bharat."

Another user wrote, "So proud of Indian Army! Keep shining as always."

The third user commented, "We are proud of our Indian army, Jai Hind."

This year would also see the first and last participation by Indian Navy's spy plane IL 38 flying over the Kartavya Path on Republic Day this year.