"So unfortunate and shameful too," wrote one person in response to the New Jersey Diwali video 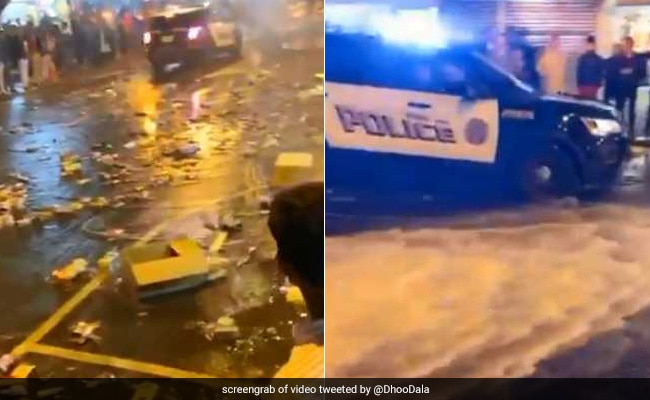 Diwali was celebrated with much joy and festivity on Sunday, October 27. The festival of lights is celebrated not just in India but around the world by Indian communities living abroad. However, it seems like Diwali celebrations in New Jersey, USA, turned out to be a messy affair, with garbage covering the streets and smoke filling the air.

A video going viral online shows India Square - a commercial district in the Journal Square and Marion Section neighbourhoods Jersey City - left covered in garbage after Diwali celebrations. In the video, scores of people are seen standing on the roadside as water is used to clean the huge amount of trash littering the road. A police car is also seen patrolling the area, where paper packaging, empty boxes and cans can be seen covering the road.

"Ashamed to be called an Indian," she wrote, adding that the video was filmed at Indian Street near Journal Square, New Jersey.

"Hats off to NJ Police handling the mess Very professionally," she said.

Ashamed to be called an Indian

Since being shared online, the video has collected over 76,000 views and a number of outraged comments, with many calling the scene "shameful" and "unfortunate".

"Thanks for the video. It's a shame people standing (gawking) and not cleaning their mess," wrote one person in response to the video. "When are we planning to learn? Or we never learn at all?" asked another.

So unfortunate and shameful too.

One user shared a video of Diwali celebrations in New Jersey that shows the air filled with smoke. "This place felt like a war zone with all the noise and smoke before the administration has to stop it," he wrote.

This place felt like a was zone with all the noise and smoke before the administration has to stop it. pic.twitter.com/LLWhwXkTBC