Because sitting inside an auto rickshaw is just too mainstream 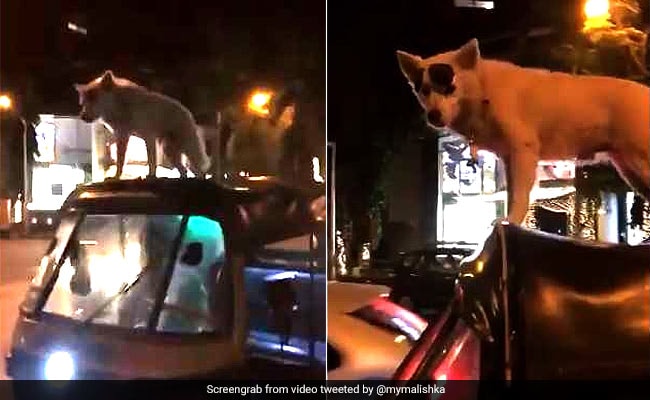 You may as well have the Sultan title track playing while watching this video. No, it doesn't show wrestling of any kind but a certain Sultan doing something incredible anyway. RJ Malishka recently tweeted quite an interesting video that's left some on Twitter impressed, some confused and some angry. It shows an adorable dog, apparently named Sultan, riding in an auto rickshaw in the most unique way possible.

Tweeted on October 13, the video shows Sultan standing on top of the auto rickshaw - while its moving - like a total boss. Because, you know, sitting inside an auto rickshaw is just too mainstream.

"The coolest thing I saw last night in #Mumbai. Wo hai Sultan. My city is full of surprises," tweeted RJ Malishka. Her tweet has since collected over 480 'likes' and almost 100 retweets.

The coolest thing I saw last night in #Mumbai.Wo hai Sultan. My city is full of surprisespic.twitter.com/LaIKyuLjKk

Several people have commented on the video. While a few people think the dog's feat is impressive, some are saying the stunt looks dangerous. One Twitter user even claims to have seen the same sight earlier as well.

I think dog is going for #Mumbai darsan.

I have to ask. The dog wanted to do that right?

I don't think this is funny at all. It is extremely dangerous for the dog @PetaIndia

I saw him two days back too and was totally amazed

The city is full of surprises