PewDiePie's final video is titled 'It's been real, but I'm out!' 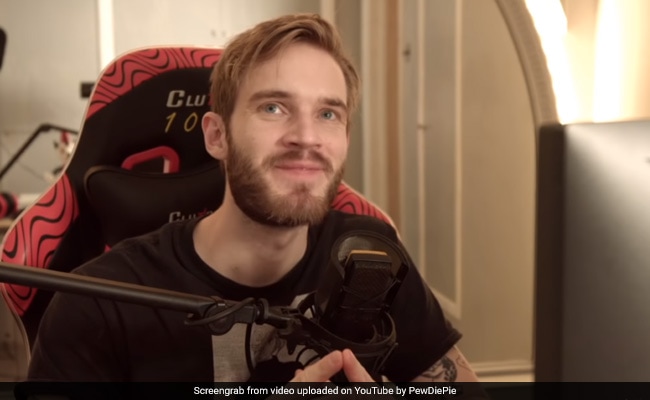 PewDiePie, 30, whose real name is Felix Kjellberg, found online fame with video game commentaries, and was at one point the world's highest earning YouTuber. He had earlier told fans that he would be taking a break from making videos.

"Early next year I'll be away for a little while. I'll explain that later," he had said in a video post last year. "I wanted to say it in advance because I made up my mind. I'm tired. I'm feeling very tired. I don't know if you can tell," PewDiePie had said.

On Wednesday, PewDiePie treated his 102 million followers to what he called his final video on YouTube - titled 'It's been real, but I'm out!'

"Truth is, I don't want to go on break. Truth is, I love making videos. I just feel like I need to do this," he says in the 17-minute video.

News of his departure left fans heartbroken. Many took to Twitter to share their disappointment and wish PewDiePie luck.

Last year, PewDiePie was overtaken as the biggest YouTube channel in the world by Bollywood record label T-Series, which now has more than 121 million subscribers.

Disney cut ties with him in 2017 after some videos he released were found to contain Nazi references or anti-Semitic imagery.

He accepted the material was offensive, but stressed that he did not support "any kind of hateful attitudes".

Later in 2017, he apologised for using the N-word during a live stream. In 2018, he apologised again for reposting a meme which appeared to mock singer Demi Lovato's hospital treatment for a suspected drug overdose.