Read inOther Languages
This Article is From May 04, 2020

"I Was Called A Slow Learner": Award-Winning Photographer Recounts His Journey

"For me, it's never been about the money," says Varun Aditya. 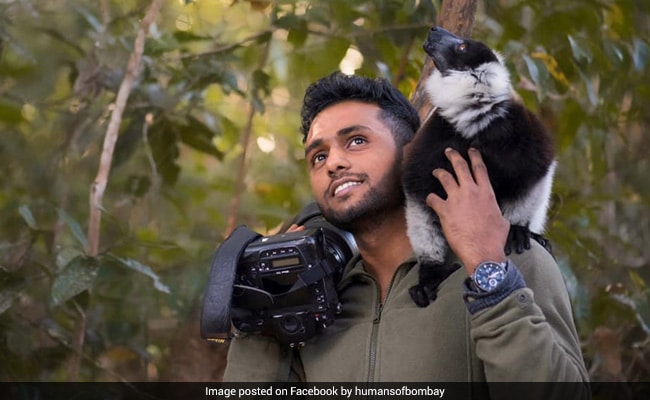 Varun Aditya won the National Geographic Nature Photographer of the Year award in 2016.

In 2016, Varun Aditya's photograph of a snake won him the the first prize at the prestigious National Geographic Nature Photographer of the Year. But the journey from a "slow learner" at school to an award-winning photographer was not an easy one for Varun, as he recounts in his post for 'Humans of Bombay'.

In his account, Varun recalls that he was never really happy at school. "I was cornered and called a 'defaulter' and 'slow learner'- it made me really under-confident," says the self-taught photographer. "I preferred to open my encyclopaedias, stare at the photographs and picture myself at all those places."

He says that his parents never stressed about grades or forced him to score well. "Rather, on a trip to Shimla, dad asked me if I wanted to become a bird watcher. Ever since, I've been hooked onto travelling- photography entered my life much later," he says.

In 2011, when DSLR cameras were all the rage, Varun had begun clicking photos using his iPhone and wanted to buy one. He began to skip meals and saved 300 pounds in three months. With a little help from his parents, he then bought a DSLR camera. "The day I got it, I bunked class and visited parks all over London. I felt such a rush-I hardly went to Uni after that."

In 2013, Varun won a National Geographic contest and got to visit Panama and Costa Rica with American photographer Michael Melford. After that, his parents began to support his career choice. They even took out a loan to help him out - one that he is still repaying.

"Later in 2016, I won the Nat Geo Photograph of the Year and that's when I got the confidence to start teaching," says the wildlife photographer. "For me, it's never been about the money. I just wanted to make the world fall in love with nature the way I had."

"When I was 12, I couldn't wait to come home from school–being there was painful. I preferred to stare at the photos in my encyclopaedias & picture myself at all those places. It was my escape from a world where I was looked down upon. At school, I was called a ‘Defaulter' & ‘Slow learner'–it made me under-confident. Those labels followed me through school & college. But my parents never forced me to get X marks. Rather, on a trip to Shimla, dad asked me if I wanted to become a bird watcher. Ever since, I've been hooked onto travelling–photography came in later. It was in 2011 when the DSLR camera was the new rage. I clicked good photos on my iPhone, so I wanted it. I skipped meals, saved 300 pounds & with some help from my parents, I got the camera. That day, I visited parks all over London. I felt such a rush–I hardly went to Uni after that. Then one day, I randomly shared a photo on FB, which got 10 likes! For someone who was never appreciated, those 10 likes meant everything. So I began uploading more. I finished my MBA & told my parents I wanted to pursue photography. They were unsure as it's expensive, but I felt passionately about it & knew I'd find a way. So, I kept at it. In 2013 it paid off when I won a small Nat Geo contest & got to visit Panama with Michael Melford. On the flight back, he said, 'What's that focus point thing you were talking about?' I was shocked! A legendary photographer was asking me for notes? After that, my parents really supported me. They took a loan to help me–I'm still repaying them. I also bootstrapped everything–I visited affordable places & travelled the world cheaply. I still remember my trip to Finland. I lived in a cabin of 6 feet & froze in -10 degrees, just to capture a wolf who never came! Still– what an experience! Later in 2016, when I won the Nat Geo Photograph of the Year, I got the confidence to teach. My Instagram account had taken off by then & I landed several projects. For me, it's never been about the money. I just wanted to make the world fall in love with nature the way I had. & looking back, I'm happy I didn't let those labels define me. Afterall, some birds just aren't meant to be caged.”

Since being shared by Humans of Bombay, Varun Aditya's story has gone viral online with nearly 60,000 'likes' and over 600 comments on Instagram. Many praised his hard work and dedication in the comments section.

"Such an inspiration for me," wrote one person in the comments section.

"He succeeded because he was passionate about photography and never gave up," said another.