"As an 18-year-old, this is how I worked on my first venture. From what I saved, I stayed at 100 bed and breakfasts," says Ritesh Agarwal. 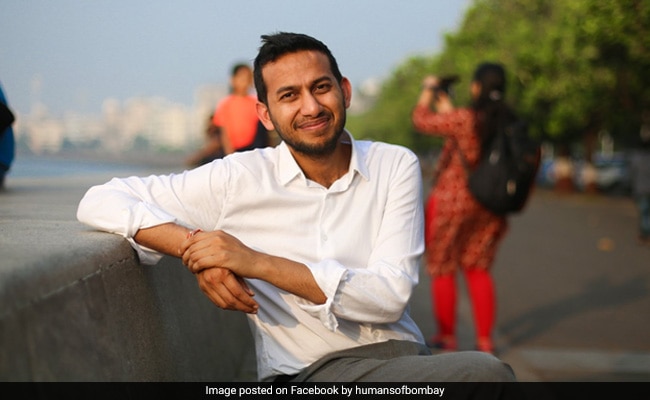 Ritesh Agarwal, founder of hotel chain Oyo, has opened up about his journey in an interview to Humans of Bombay. The 26-year-old spoke about his childhood in Odisha, studying in Kota and how he grew up to become what he always wanted to be - an entrepreneur.

"I was a small-town boy with big dreams," said Mr Agarwal. "I grew up in Rayagada in Odisha, in a middle-class family. But I always had the entrepreneurial bug."

The founder of Oyo hotels also opened up about how he started working at a young age. He would bunk college in Kota to intern with startups in Delhi, returning to the Rajasthan town only to appear for exams. "My parents didn't know any of this. As an 18-year-old, this is how I worked on my first venture. From what I saved, I stayed at 100 bed and breakfasts, spoke with hotel owners and customers."

Mr Agarwal's first venture, started in 2012, was called Oravel Stays. It enabled the listing and booking of budget accommodations.

One day, while he was working in Delhi, Mr Agarwal's father decided to surprise him in Kota. "When he called my Dean, he realized that I barely attended college. He was shocked and called to ask where I was, and I replied, 'At my office,'" said Mr Agarwal. While his father wasn't pleased, it was his mother who convinced him to let their son follow his passion.

"Dropping out of college was never the plan, but it made me eligible for the Peter Thiel Fellowship," said Mr Agarwal. "I was the first Asian to win that grant! I traveled internationally for the first time and back then, I thought it would be the last!"

Mr Agarwal also spoke about working around the clock and revealed that his stress buster is his dog, Lisa. "My parents always wonder why I work round the clock and I never had an answer, until one day I came across a street full of Oyos," he said. "I saw so many families and friends on holiday there. This made me happy -- life had come full circle in that moment!"

You can read the full interview below:

Since being shared three days ago, Mr Agarwal's conversation with Humans of Bombay has collected over 4,000 'likes' and a ton of comments.

"Truly inspiring journey of great entrepreneurship," wrote one person in the comments section. "Your story inspires many!! Make India proud," said another.