How One Woman Made Almost $700 From A Flight Delay

If you needed a nudge to take that European vacation you've been dreaming about, consider this it 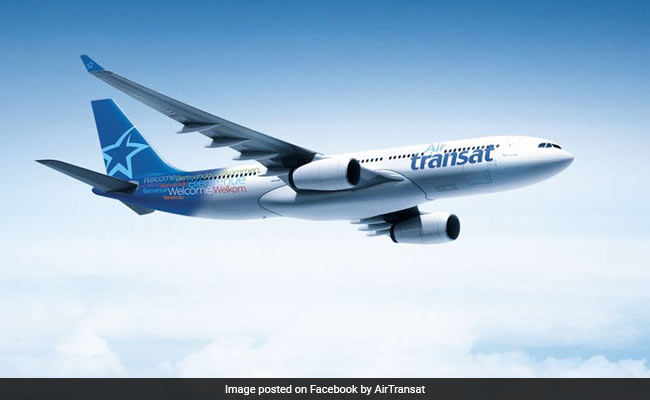 Air Transat paid almost $700 to a woman whose flight was delayed.

In the United States, it's not often that airlines compensate passengers for flight delays. Federal law mandates compensation when a passenger is involuntarily bumped from a flight or unable to retrieve their luggage, but says nothing about delays, leaving policies and procedures up to the airlines. In practice, this often means they can get away with offering inconvenienced passengers bottled water, a bag of chips and a free checked bag for their trouble. Imagine my surprise, then, when I received a check in the mail from Air Transat a week after I experienced a 24-hour delay on a flight from Venice to Toronto.

When you're flying into, out of or within the European Union, getting compensation for a flight delay is that easy - thanks to E.U. 261. Unfortunately, the E.U. is the only place in the world where you'll find as generous and far-reaching a law on airport delays. If you needed a nudge to take that European vacation you've been dreaming about, consider this it.

In effect since 2005, the law provides a sliding compensation scale based on the length of the flight and duration of the delay. Compensation kicks in when a flight is delayed for three hours or more. Passengers are entitled to 250, 400 or 600 euros (roughly $275, $440 and $660) depending on whether they're flying fewer than 1,500 kilometers, between 1,500 and 3,500 kilometers or more than 3,500 kilometers.

I knew about the law but had never had the opportunity to test it. Flights in the E.U. are rarely delayed for long since airlines don't want to risk the financial penalty, one welcome effect of the regulation. It's not just the payout that's mandated - it's food and beverage vouchers and hotel accommodations as well. Vouchers can be requested even before the three-hour mark, and hotels must be arranged when a flight is delayed overnight, including round-trip airport transportation.

When it comes to E.U. flights, time really is money.

Airlines are subject to a financial penalty for trips originating from an E.U. airport, regardless of whether the companies are headquartered elsewhere. (In my case, this meant that Air Transat, a Canadian airline, was still subject to the legislation.) For flights arriving in the E.U. from another region, the airline must be based in Europe to fall under the purview of the law. If a flight connects through the E.U., then the law applies only to the specific flight(s) originating from or ending in the E.U.

As with all laws, there are exceptions. Compensation is not required when there are "extraordinary circumstances" at play. The regulations cite air traffic control issues as one such circumstance, and subsequent court rulings have held that weather, political situations, security risks, strikes and airport closures can all fall under that category. Notably, technical problems with the plane or the failure to stock certain items on board do not qualify as extraordinary circumstances.

If you experience a delay, the best way to get compensated is to file a claim directly through the airline. I filed mine on the company's website by Googling the complaint form, providing my flight details and citing the applicable E.U. regulation in the text box asking for more information. Filing the claim helped me pass the time in the terminal, so I began the moment the requisite three-hour mark passed. You can also file a claim after your flight - claims are valid retroactively for up to six years, provided passengers can show proof of their ticket and of having checked in. Keep records of the flight and any incurred expenses. (It's possible to get reimbursed for a hotel booked on your own instead of waiting for the airline to assign you one, but not guaranteed.)

Depending on the customer service team, your claim could be processed and a check delivered to your house in a matter of days. In other cases, it can take up to six months. The wait will be longer if the airline tries to challenge or negate your claim, a third party gets involved or you can't produce the proper documentation.

Airlines sometimes offer alternative forms of compensation, such as a travel voucher, but the passenger must agree to accept it. The law requires monetary compensation, and you can deny any credit offered in favor of that.

If an amicable resolution cannot be reached, seek help from a third party. Several companies have popped up in recent years to assist consumers in filing these claims, taking a percentage of the payout in exchange. It doesn't cost anything and could be lucrative, particularly if you recall more than one delay while traveling in Europe within the past six years.

I received the maximum compensation allowed under the regulation, 600 euros, which came out to $689 with the conversion rate at the time. The delay was not ideal, but I was provided with free meals, private lodging and a warm shower. In the end, I was well paid for my time and feel inclined to travel to Europe again in the near future, knowing that if anything goes wrong, they'll make it worth my while.