How Many Tigers Can You Spot In This Pic? It's Left Twitter Confused

"You can see one tiger in the left. Can you find out how many are there in the right picture?" asked IFS officer Susanta Nanda 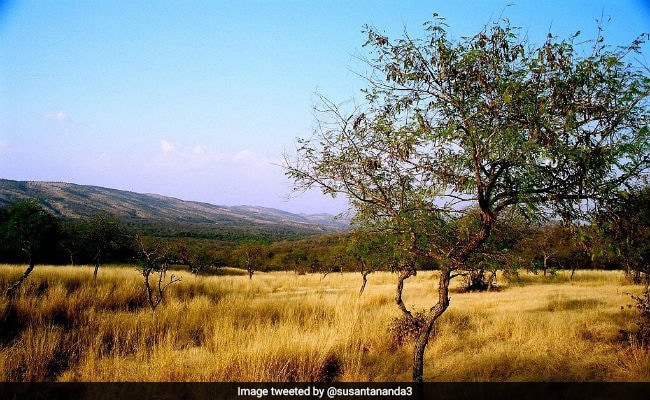 How many tigers can you spot in this pic?

Indian Forest Services officer Susanta Nanda took to Twitter on Wednesday to challenge his followers with a puzzle. Mr Nanda, known for his wildlife-centric posts on the microblogging platform, asked his followers to spot the tigers carefully camouflaged in a photograph of a grassy landscape. While doing so, he said that the task would explain "Camouflaging and misdirection". Mr Nanda also shared a second photograph of a tiger visible through dense vegetation.

"Camouflaging and misdirection explained best. You can see one tiger in the left. Can you find out how many are there in the right picture?" wrote Mr Nanda while sharing the pics.

Camouflaging & misdirection explained best. U can see one tiger in the left. Can you find out how many are there in the right picture? pic.twitter.com/zSvvjwAjvX

On being called out for the low quality photo, Mr Nanda shared another pic. Take a look and see how many tigers you can spot in it:

It was not a challenge. It was to explain the evolution of the colours of tiger skin to function in 2 ways for survival. Will elaborate that later. Here is a better one of the same. Can u please identify now? pic.twitter.com/Ya808Wf6Me

The confusing challenge left many scratching their heads as they tried to find the tigers hiding in the pic. Many Twitter users gave up.

All I identify is that it's Ranthambore ;)

Others, however, managed to discern signs of the big cat in the grass.

Some wondered if the pic had been photoshopped or edited.

Pl give value of f shutter speed and aperture used..along with pixel..also tell me about app used to photoshopp and doctoring..am not bothered about tiger,camouflage,adapatation and survival instinct...????????????????

Okay.. thanks for a larger image, as you can see for yourself, I have zoomed in and there are at least 3 areas where somebody has "doctored" the pic, i.e. photoshopped.. anyways I understand your point. pic.twitter.com/SoaG5uqQXs

According to New Hampshire PBS, a tiger's stripes help it blend into tall grass. "Its golden brown strips blend in with the grass and the dark brown and black stripes merge with darker shadows. When a tiger is hiding in the grass, it is very difficult to spot," they explain.

Were you able to spot tigers in the pic? Let us know using the comments section.