Hospital Denies Finding Snake In Operating Room. Only A Monkey, They Say

"The Authority categorically denies that a snake was also found on the hospital's compound." 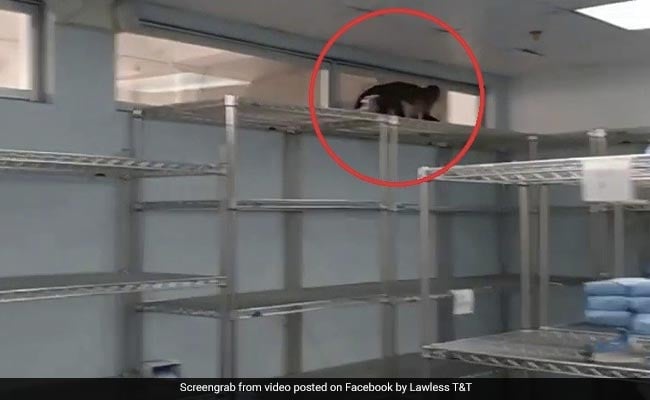 A monkey inside a hospital in Trinidad and Tobago.

A hospital in Trinidad and Tobago has denied viral claims of a snake being found inside their building - insisting that they only found a monkey. A video that is being widely shared on social media shows a monkey clambering around inside the Port of Spain General Hospital in the Caribbean country. Filmed on Friday morning, the video has gone viral online with claims that a "big snake" was also found inside the hospital - something that authorities have denied.

According to the Trinidad and Tobago Guardian, the hospital had been planning to resume elective surgeries after a three-month hiatus due to a lockdown in the country to contain the spread of coronavirus. The presence of the monkey in the operating theatre, however, led to an hour-long delay.

After the video went viral, the hospital spoke up against false claims of a snake being found on the premises as well.

In a release on Saturday, the North West Regional Health Authority (NWRHA) said: "The Authority categorically denies that a snake was also found on the hospital's compound and any information suggesting same is false, misleading and malicious. The incident is currently being reviewed in an effort to implement appropriate measures to prevent a recurrence."

The NWRHA did admit that staff found the monkey at around 7 am on Friday morning.

The Emperor Valley Zoo was contacted to capture the animal, reports Newsday. After that, the area was sanitised. Authorities say that steps have been taken to prevent a recurrence of the incident.