Why You Might See People Exercising At This Delhi Train Station 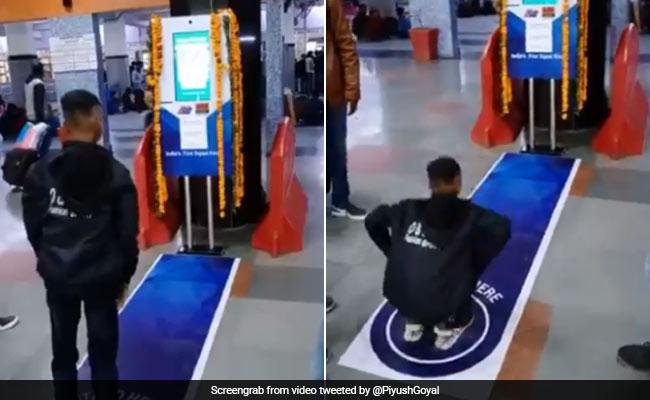 Commuters at Anand Vihar in Delhi can get a free platform ticket by exercising.

Commuters at the Anand Vihar Railway Station in Delhi can now stay fit while saving money. By exercising for a few minutes in front of a newly-installed squat machine, they can get free entry to station platforms. The unique initiative was announced by Railway Minister Piyush Goyal on Twitter.

Mr Goyal, 55, took to the microblogging platform this morning to talk about the initiative and share a video explaining the concept. "A unique experiment at Delhi's Anand Vihar Railway Station to encourage fitness. Platform tickets can be availed free of charge by exercising in front of a machine here," wrote Mr Goyal in Hindi.

In a tweet, the Ministry of Railways futher explained that people who perform 30 squats in 180 seconds are eligible for a free platform ticket. "To encourage Fit India Program, Indian Railways has installed Squat machine at Anand Vihar Railway Station in Delhi," they wrote.

The 25-second video shared by MrGoyal shows a man exercising in front of the squat machine. As he does so, the machine sensor detects the number of squats he does and a platform ticket floats out of it in the end.

The video has collected nearly 72,000 views and hundreds of comments within an hour of being shared. In the comments section, many praised the unusual experiment.

Wow this is really great. Great Innovation to motivate for fitness... Great respect for @PiyushGoyal one of the best Minister

Wonderful initiative. Till we saw such experimental machines only in western countries but now india also has joined them for this good work which will create awareness for fitness. ????
Thank-you sir. ????

Oh. That's really a good one!

What do you think of this initiative? Let us know using the comments section.