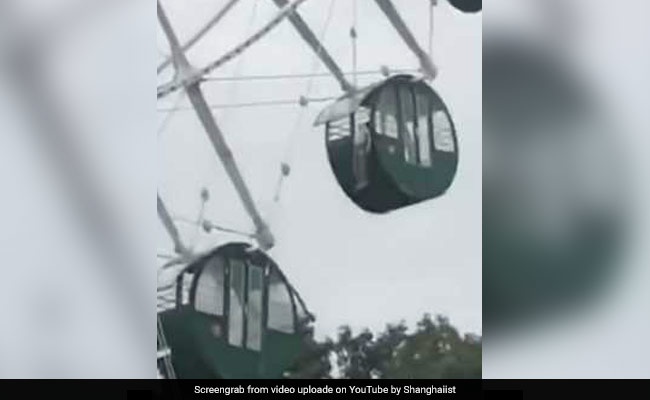 The boy's mother convinced staff members to allow her son to ride on the Ferris wheel alone.

A family's day out at an amusement park in China turned into the stuff of nightmares after a scary incident involving their five-year-old. A video shared online shows a boy dangling by the neck on a Ferris wheel. Thankfully, though, ride operators worked carefully to rescue the boy and he reportedly escaped with only minor injuries.

According to South China Morning Post, the incident took place in Taizhou Yuhuan Amusement Park in China's Zhejiang province on September 24. The boy's mother convinced staff members to allow her son to ride on the Ferris wheel alone so that she could save 30 yuan (approximately Rs 316) on her ticket.

The scary mishap took place after the ride reached its highest point. According to Shanghaiist, the boy managed to open the carriage door and pushed his legs and upper body through it. He got his stuck between the bars on the carriage and that's what kept him from falling down.

The boy was hanging at a height of about 130 feet above the ground, reports DailyMail.

The video shows ride operators moving the Ferris wheel down carefully to bring the boy's carriage towards the ground in order to rescue him.

The boy was eventually taken to a hospital and doctors confirmed he was fine except for some minor bruising on his neck, reports South China Morning Post.