Footage from the driver's seat shows the runner using the level crossing without looking when the approaching train was only metres away. 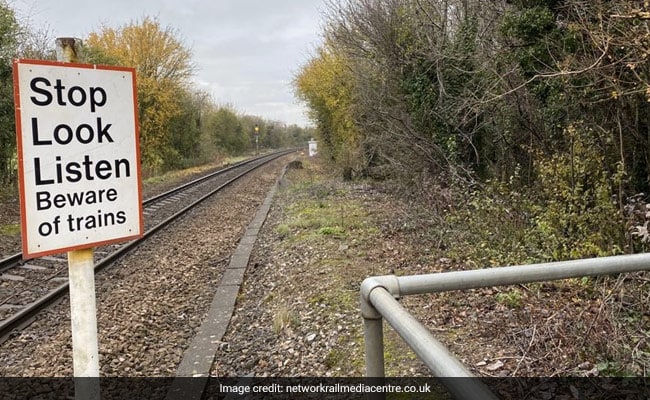 A headphone-wearing jogger narrowly avoided getting hit by a train.

A hair-raising video shows a jogger narrowly avoiding getting hit by a train in the UK. The Network Rail - which owns most of Britain's rail infrastructure - shared a video of the earphone-wearing jogger's escape as a warning to all commuters.

Footage from the driver's seat of the train shows the runner using the level crossing without looking when the approaching train was only metres away.

The incident occurred earlier this month, although the footage was only released online last Tuesday. "The driver of a Chiltern Railways London to Oxford service reported the harrowing incident shortly after 8.30am on Friday 6 November," the Network Rail said in its statement.

While sharing the video on Twitter, they said the jogger displayed "unbelievable stupidity" when crossing the tracks without looking.

????Q: When is running NOT good for your health?

*Unbelievable stupidity* from a jogger using a level crossing without looking!

Rhys Evans, level crossing manager at Network Rail, said: "The difference of just a few seconds could have led to tragedy for this level crossing user. No matter how well you think you know a crossing, all users must stop, look and listen every single time they cross the railway. Additionally, you must always remove headphones when using a level crossing.

"It would be easy to believe that level crossings in more rural areas would be less dangerous, but all crossings must be approached with the same caution and users must avoid distractions and concentrate on crossing the railway safely."

In 2017, a cyclist in London was nearly killed by a train in his attempt to hurriedly cross the tracks.