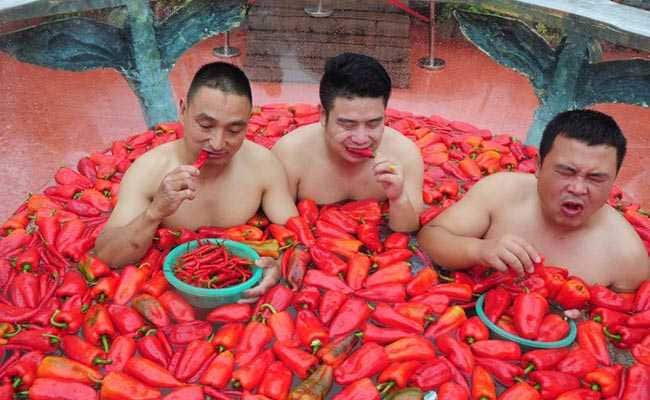 Feelin' hot, hot, hot? Well, these people in China sure seem to be feeling the heat. Pictures from China's chilli eating contest show participants sitting in tubs filled with red peppers and water, eating as many chillies as they can. And why would one subject his or herself to this torture? Well, to win the big competition, what else? 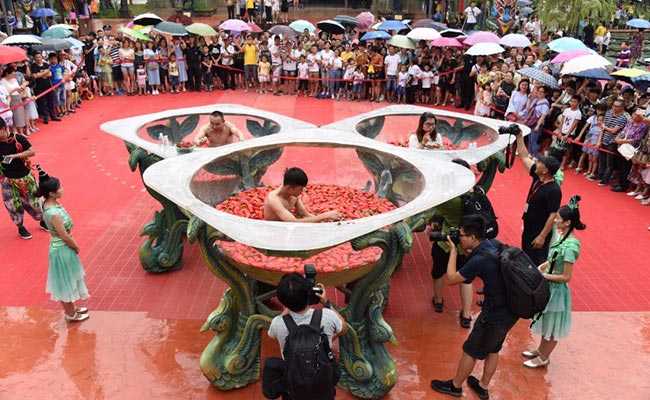 According to AFP, the contest was held in Ningxiang in China's Hunan province on August 12. The competition is held in a bid to attract tourists to Hunan province, which is well-known for its spicy food.

The contestant who won the contest was a man named Su. He had managed to devour some 15 chillies in just 60 seconds, reports People's Daily, China. 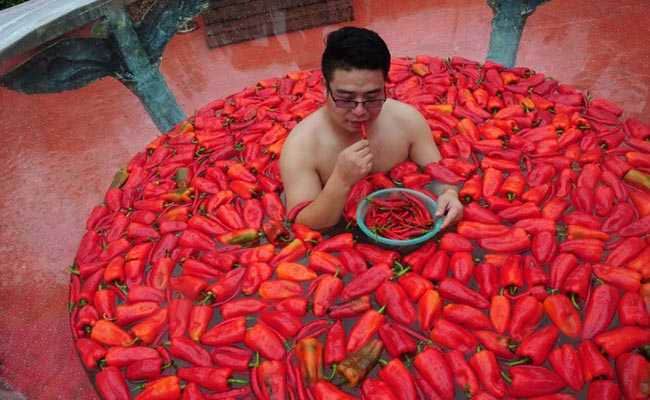 Would you dare to participate in a similar competition? Tell us using the comments section below.