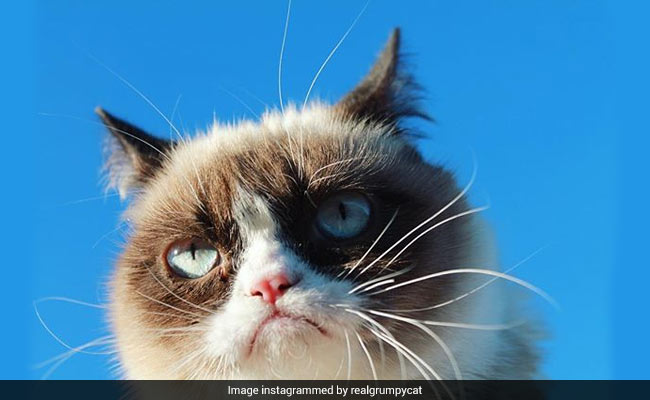 Los Angeles: It won't put a smile on her notoriously pouty face but Grumpy Cat, the feline who became an internet meme and a hugely lucrative brand, has just won $710,000 in court.

The famously moody-looking moggy was at the centre of a copyright infringement case in a California federal court which culminated with the jury ruling in favour of her human pet Tabatha Bundsen.

The dispute was sparked by a deal signed between Granade Beverage and Bundsen over the use of Grumpy Cat (real name Tardar Sauce) in a line of iced coffee drinks.

The five-year-old web sensation featured in a range of Granade's drinks -- dubbed "Grumpiccionos".

But Bundsen's company Grumpy Cat Ltd argued that the drinks firm had gone beyond their contract by using the cat's face on a host of unauthorized products including ground coffee.

A court document obtained by AFP Wednesday showed the jury sided with Bundsen, awarding her $710,001.

"We asked the jury what they thought was right and they came to the right conclusion," Grumpy Cat's lawyer David Jonelis, told AFP, adding he believed it was the first time an internet meme had won a victory in court.

Grumpy Cat inadvertantly went global in 2012 when Bundsen's brother posted a picture on Reddit of the moggy sporting its now ubiquitous angry-looking face -- caused by a pronounced underbite.

Promoted
Listen to the latest songs, only on JioSaavn.com
Internet fame soon turned into hard cash as Grumpy Cat became a celebrity in her own right, making cameos in films and TV shows, appearing at Comicon and red carpet premiers and featuring in a host of lucrative merchandise deals.

Amazon Worker's Reply To Customer's Complaint Has Internet In Stitches