Google's Epic Response to a Reporter's Question Was an Animated GIF 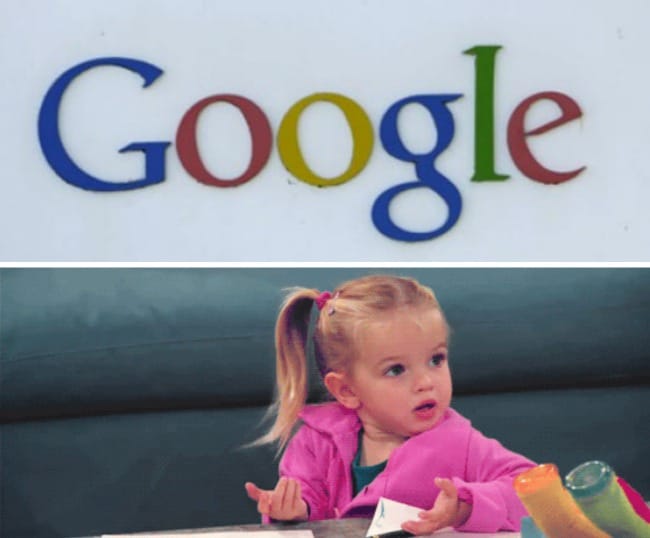 In many cultures around the world, saying yes or no requires just a quick gesture and no words. It wasn't so for official written communication till Google (or is it the YouTube spokesperson) decided to reply to a reporter's query with an animated GIF.

When Google-owned YouTube was contacted by Richard Lewis, a journalist with the Daily Dot for a story regarding the possibility of company re-launching its streaming service with more focus on 'eSports' (streaming competitive gaming), he wasn't sent a 'yes', a 'no' or even a 'no comment'.

Instead Richard received a rather cute GIF of a little girl shaking her head with as much incredulity as she can manage. The GIF can be interpreted as either #SayWhat or #HUNHWHAT or #IDontEven.. or whatever else you wish, because GIFs - like poetry - are cool like that.

According to this clarification from Mr Lewis' article, the journalist had initially dismissed the GIF as a joke but the YouTube representative got back to them and reconfirmed that it was most definitely their official reply.

But because nobody could truly wrap their heads around this amazing new method of answering (dodging?) questions, WIRED asked Google to re-reconfirm that they had in fact answered with a GIF, and received a tweet from Chris Dale, the Head of Communications at YouTube. His confirmation came in the form of another GIF.

This unorthodox move has won Google appreciation from some of the Twitterati:

Google's "no comment" response, proves we really can be more creative with press #PRhttp://t.co/6iA6ubSUoYpic.twitter.com/PYoRYashpC

GIFs are officially legitimate communication: Google Sends Reporter a GIF Instead of a 'No Comment' http://t.co/DXybCZc54Z@nilbrink

Google's official response to a reporter was an animated GIF. We live in a golden age. http://t.co/cIrLsJRyqB

But not everyone was impressed:

Google won't think this gif is cute next time they complain about a story and a reporter sends it to them in response http://t.co/6eqdLIZBZ6

Oh my god we are a generation of trash. "Google Sends Reporter a GIF Instead of a 'No Comment'" http://t.co/wY02ifUubE

Is this the next step in online communication? Tell us what you think in the comments box below.