Gone With The Wind: Weatherman 'Blown Away' During Live Broadcast 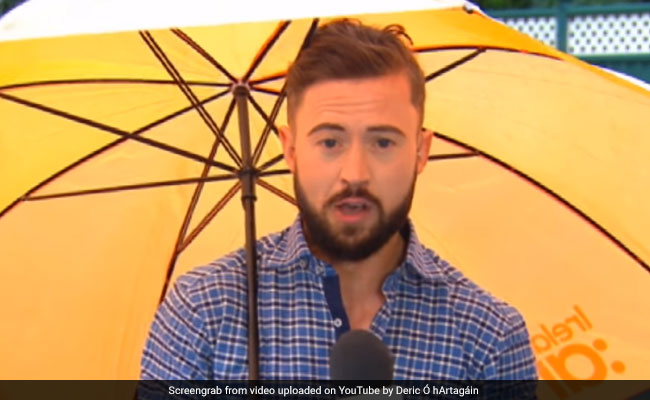 A hilarious blooper on-air as a gust of wind whipped a reporter off-screen.

Irish channel TV3's weatherman Derick Hartigan suffered a hilarious blooper on Friday morning as he went live to read the weather report - and a strong gust of wind literally blew him away. Derick's broadcast started out well enough as he spoke about the wet and windy weather, but only a few seconds in, he was caught off balance by a massive gust of wind that first blew his orange umbrella away and then whipped him off-camera. A wonderful sport about the whole thing, Derick laughed as he came back onscreen and hosts Sinead Desmond and Mark Cagney at the studio were left in splits.

Watch the full clip below:


Promoted
Listen to the latest songs, only on JioSaavn.com
On Facebook, where the on-air blooper has collected over 6 lakh views, Derick jokes about it being a 'career highlight.'

What do you think of the clip? Let us know using the comments section below.Click for more trending news