Fox Watches Golf Game, Then Sneaks Up And Steals The Ball. True Story

The strange moment was caught on camera 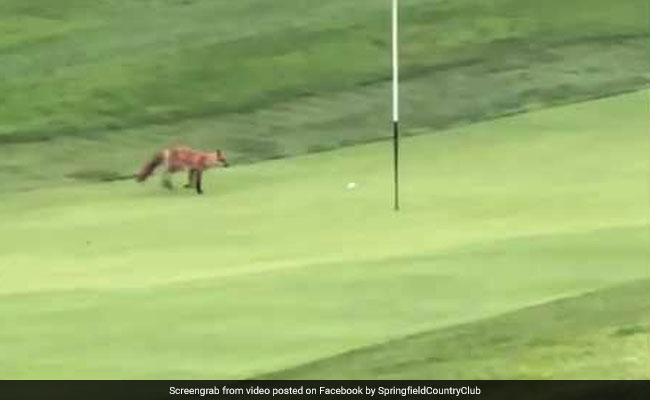 The video has been shared on Facebook by Springfield Country Club.

It's not always fun to sit on the sidelines and watch people enjoying a sport. Sometimes, you want to join the game too. Maybe that's what this fox was trying to do. A video posted on Facebook shows a sneaky fox stealing a golf ball at a golf course in West Springfield, USA's Massachusetts.

The video has been shared on Facebook by Springfield Country Club. According to masslive.com, a golfer named Hank Downey was enjoying a game of golf with his friends when the strange incident took place.

The video shows two foxes sitting and watching the game. Moments after Mr Downey hits the ball, one of the foxes is seen heading towards the ball and stealing it. Watch the video below:

"They've been at the course all summer," Mr Downey told masslive.com. "I've seen up to five of them at a time. I've heard the story of them doing the same thing to other golfers' balls." He continued the game by placing another ball where he'd hit the previous one.

Facebook seems quite delighted by the video, shared on August 18.

"Adds a little more fun to the game," says one Facebook user. "That's ADORABLE!" says another. "Too funny," says a third.