Police is currently investigating the incident as a work-related revenge attack. 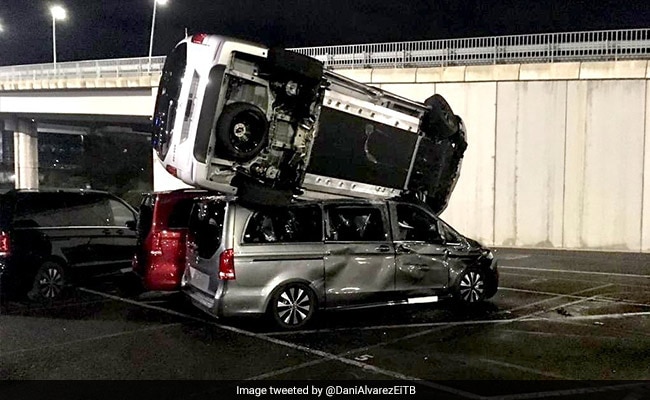 A former Mercedes employee stole a JCB and wrecked vehicles worth millions.

A disgruntled former Mercedes Benz employee has been arrested for going on a wrecking spree at the company's plant in Spain. According to the Daily Mail, the 38-year-old allegedly destroyed around 50 brand new vans at the plant where he used to work, which is estimated to have caused around $6 million worth of damage.

On December 31, the former car factory worker stole a JCB which he drove to the factory located on an industrial estate in the Basque capital Vitoria. He then went on a wrecking spree, damaging several luxury vehicles.

According to Ladbible, the damaged vans included high-end V class vehicles, which were worth nearly 90,000 pounds, along with a number of electric Vitos.

Photos shared on social media show the extent of the damage he caused. Some pics show a door razed to the ground, while others show cars crushed in the attack.

The attack was so extreme that a security guard had to fire a shot in the air to get the suspect to stop while waiting for the police.

Police is currently investigating the incident as a work-related revenge attack. Officers say that the attacker worked at the Mercedes Benz site between 2016 and 2017.

"Officers in Vitoria have arrested a man aged 38 who stole a JCB from one firm and smashed it into 50 parked vehicles," a spokesperson for the local police said. "Police arrived at the scene of the damage to find the man at the wheel of the JCB smashing into the parked vehicles.

"He was held on suspicion of causing criminal damage."