Asked by the officer, "Do you have anything else?" the woman replied by reaching into her trousers and withdrawing a baby alligator. 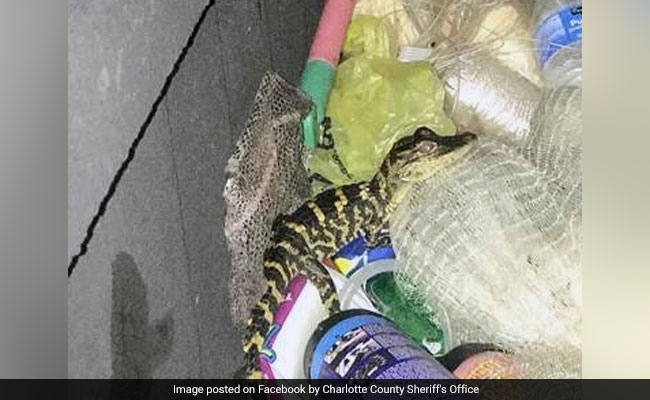 It was not a crocodile skin accessory, nor a symbol of the Lacoste brand, but rather a living, breathing alligator that a Florida woman produced from her trousers during a police stop.

An officer in Charlotte County on Florida's western coast pulled the unidentified woman over and confiscated 41 three-stripe turtles from her car on Monday.

Asked by the officer, "Do you have anything else?" the woman replied by reaching into her trousers and withdrawing a baby alligator.

It was unclear if she was arrested, but on Facebook the Charlotte County Sheriff's office said Florida's fish and wildlife authority was investigating the incident.

The state in the southeastern United States has in recent years acquired a reputation for bizarre crime and misconduct, with the popular social media account Florida Man chronicling many of the notorious exploits.

On Facebook the sheriff's office posited that the alligator incident marked the rise of a new crime mascot: Florida Woman.