The Maharashtra floods of 2005 destroyed Pragna Vedant's salon and her home. The stress of losing so much resulted in a stroke which left her paralysed. 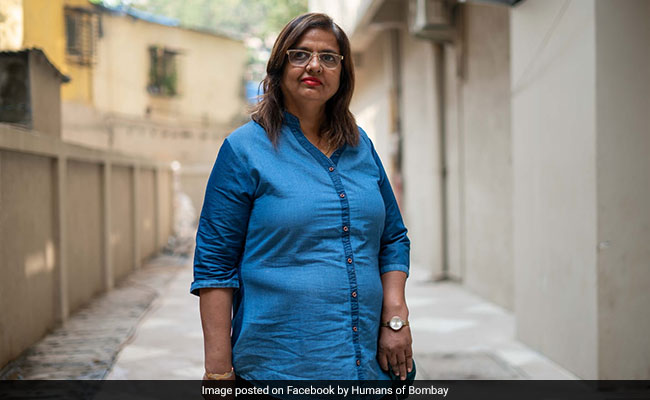 Pragna Vedant's inspiring story was shared by 'Humans of Bombay'

Pragna Vedant is today a well known beauty consultant who has trained thousands of women at her eponymous beauty academy - but the story of how she got here is full of grit and determination. Raised by a single mother and married off at 16, Ms Vedant arrived at Mumbai with her husband knowing that she wanted to pursue her childhood dream of being in the beauty business. In their single room and kitchen apartment, she converted her room into a salon and began threading and trimming. Alongside, she also began conducting mehendi classes.

"Through word of mouth, my customer base grew. But I still wanted to learn more. So, I'd use my savings to enroll for professional courses," she reveals to Humans of Bombay.

She saved enough to open her own salon and ran it for 10 years. "People would actually come to record me cutting hair while being blindfolded-that's how good I was!" she says.

However, the Maharashtra floods of 2005 destroyed her salon and her home. The stress of losing so much resulted in a stroke which left her paralysed. Although three months of physiotherapy helped Pragna Vedant to the point where she could move herself around using a wheelchair, she had lost vision in one eye and movement in her left hand.

"I could never be a beautician again...I thought that was it for me until people from my industry said, 'Your knowledge is your USP, share it.' And they were right," she says.

Ms Vedant became a beauty consultant and began teaching women. She even learned to walk again, but not - she says - before "falling multiple times and learning to pick myself up."

Ms Vedant says that she has held courses for women free of charge or at minimal cost if they had limited means. She estimates that till date, she has trained about 35,000 women.

"Some have joined big brands while others have their own salons," she says. "They call me for their inaugurals. At one of the inaugurals, I noticed that my picture had been kept in the mandir, on asking, the girl said, 'Sab aap hi ki wajah se hai. (It's all because of you)' I was so touched.

"I could have helped them with money, but I'm glad I helped them become independent because their skill will never leave them. Mujhe hi dekhlo (look at me)!" she says in conclusion. Read her full interview here:

"Such a beautiful story and how strong you are. You helped so many run their home and be independent," wrote one Facebook user.

"Excellent, kudos to you for the never give up attitude and imparting your knowledge," said another.