Father, Son Step Off Escalator Just Before It Crashes. Watch Narrow Save 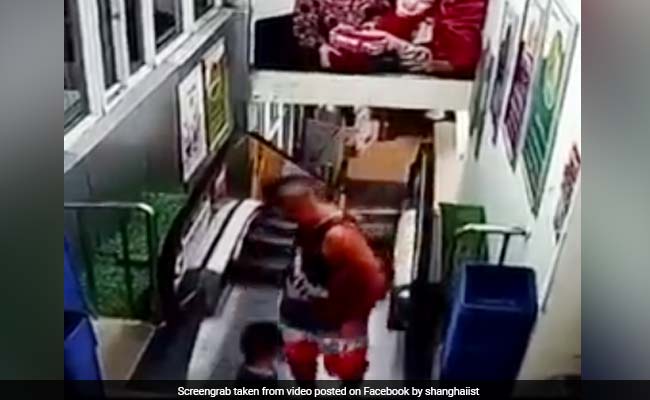 A father and son's narrow escape from what could have been a terrible accident has been caught on camera. A video circulating online shows the duo stepping off a moving escalator only moments before it malfunctioned and crashed. The scary video has left many startled and collected quite a few reactions online.

According to Shanghaiist, the video was recorded at a mall in Xuancheng in China's Anhui province.

Footage captured, most likely on a CCTV camera, shows the boy stepping off the escalator first, followed by his dad. Just a split second later, right when the man steps off it, the moving stairway completely collapses behind him. As the father-son pair quickly move away towards safety, a gaping hole can be seen on the landing where they just stood. The metal panels of the escalator can also be seen crashing into one another. A man at the bottom of the stairway is seen switching the device off.

Watch the terrifying video below:

The incident took place on July 28. A day later, Xuancheng Market Supervision Bureau, following an inspection, said the incident happened because of a key that was stuck in the escalator's guide rail leading to its rubber roller rupturing, reports Beijing News.

"Wow, a narrow one for both father and son. Thank God," says one Facebook user. "Why you should take the stairs..." says another. "Was definitely one close call," says a third.