"This is TOOO FUNNY," wrote Farah Khan while sharing the video. 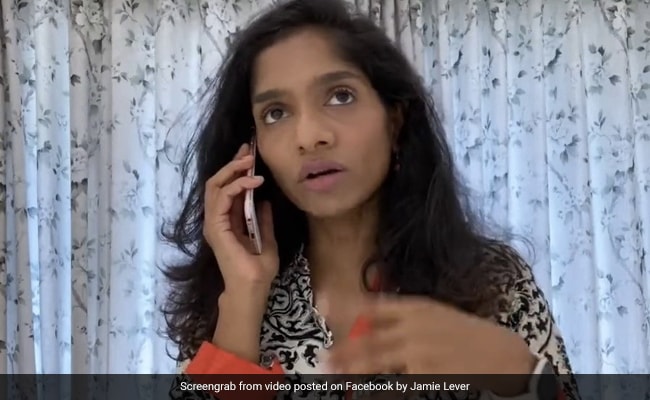 Farah Khan wants to hug and gag comedian Johnny Lever's daughter at the same time - the reason being a video that Jamie Lever recently shared on social media. Johnny Lever is one of the most well-known comedians of the Hindi film industry, and his daughter is following in his footsteps. The 32-year-old is already an established presence on social media with thousands of followers, and performs live gigs as a standup comedian. Jamie Lever also shares hilarious spoof videos on Instagram and Facebook, and she recently posted a video mimicking Farah Khan which got a shout-out from the director and choreographer herself.

The video shows Jamie imitating the voice and mannerisms of Farah Khan as she through some of the most well-known numbers choreographed by her - including Sheila Ki Jawani and Fevicol. In the video, the comedian, playing the role of Farah Khan, is seen holding online classes over Zoom for Kareena Kapoor amid the coronavirus pandemic and doing household chores. She fixes a drawer, wipes down a wall and does a lot more - all the while performing signature dance steps from some of her famous songs.

"This is TOOO FUNNY," wrote Farah Khan, 55, while sharing the video on Twitter this morning. "You are sooo talented! Want to hug you and gag you at the same time," she said, adding the hashtag #IHateMyVoice.

This is TOOO FUNNY.. https://t.co/NY2LTqnJ1R@Its_JamieLever Ur sooo talented! Want to hug u n gag u at the same time???? #ihatemyvoice

"Was a laugh riot. She got your voice perfectly," wrote one Twitter user, while another remarked: "She was too good".

Jamie Lever's video has collected over 3.8 lakh views on Facebook since being shared a week ago. The comedian has more than 87,000 followers on the social media platform, along with another 1.2 lakh followers on Instagram.

What did you think of the video? Let us know using the comments section.