Hana Sofia Lopes, a Portuguese actor, lost all her luggage in New York while on her way to Montreal. But a stranger helped her in the hour of crisis. 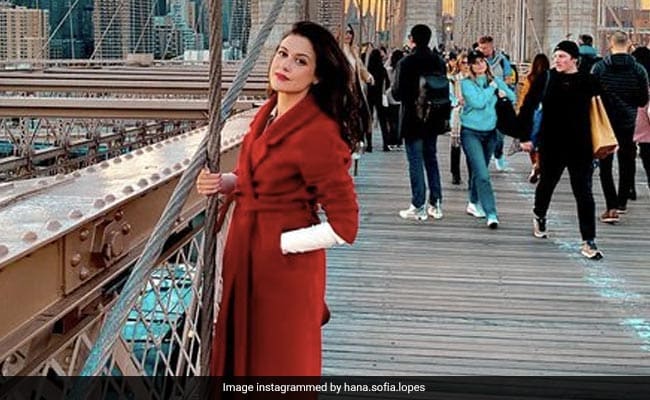 Hana Sofia Lopes spent a week in New York without her luggage.

An airport worker helped an actor during her hour of crisis and the story is now warming hearts all over the internet. Hana Sofia Lopes, a Luxembourg-born Portuguese actor, lost all her luggage while changing flights to travel from her home country to Montreal, according to a report in CNN. The unfortunate incident happened in October in New York where she stopped for a brief stay to catch up with a friend, days before beginning production on a movie. The actor kept calling the airline office but remained luggage-less for a week, CNN further said.

"Here I am in New York, with no clothes other than those I was wearing during the flight. No shoes. No brush for my hair. No makeup. No socks. Nothing. Just me and my handbag," Ms Lopes told the outlet after spending a week in New York.

She was headed to Montreal to attend an industry event, but her outfit was lost along with the luggage. The high-profile event was to be graced by film legends and Luxembourg's Prime Minister, Xavier Bettel.

Unable to get a positive response from the airline, Ms Lopes bought a last-minute dress in New York and boarded the flight to Canada. But she was still without her makeup bag.

After landing in Montreal, she spoke to the staff at information desk about her lost luggage. The actor told CNN that she was frustrated, but knew it was not the fault of the airline workers and tried to remain calm. However, her emotions came out in the form of tears.

"She was really sad, angry also, and I understood why," Ms Angulo told CNN. "I wanted to help her. Normally, people are rude and they're very aggressive. She was different."

After hearing her story, Ms Angulo told Ms Lopes that she is a makeup artist and would be happy to help her get ready for the big event.

The actor agreed and the two women exchanged numbers, said the CNN report. The next day, Ms Angulo arrived at Ms Lopes' hotel room and both the women started chatting about their lives.

In further relief, Ms Lopes learned that her luggage had been tracked down and was on its way to the Montreal hotel.

The actor said she felt Ms Angulo was a real "fairy godmother".